In a move that can only serve to further adoption of cryptocurrency, major European football league club FC Barcelona today announced a new partnership with blockchain platform Chiliz. 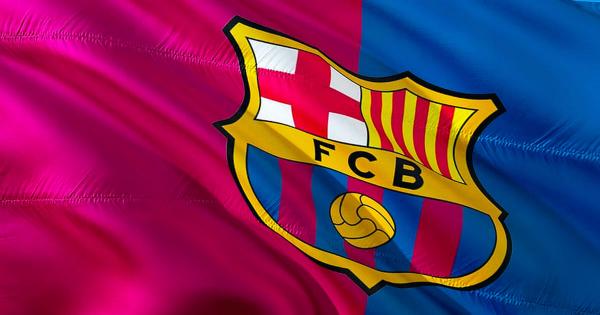 In a move that can only serve to further adoption of cryptocurrency, major European football league club FC Barcelona today announced a new partnership with blockchain platform Chiliz.

On its official Twitter page with 32 million followers, the Spanish club stated that fans will soon be able to use digital currency to earn voting rights and rewards.

FC Barcelona is proud to announce a global partnership with blockchain platform @chiliz & @socios. Using the digital currency $CHZ, you’ll soon be able to buy Barça Fan Tokens, which give you the right to vote in club polls & earn rewards https://t.co/2NOhfsHV8i pic.twitter.com/a5GhCCo717

FC Barcelona looks for innovative ways to interact with fans

With a long history of dominating the Spanish football league table, FC Barcelona has produced epic global soccer stars the likes of Lionel Messi, Ronaldinho, and arguably the best player of all-time, Maradona.

The club has a gigantic 300 million+ fanbase globally and has won at least 20 European and worldwide titles. Teaming up with Chiliz, according to the site’s official page will allow FC Barcelona to interact more efficiently with is geographically dispersed fan base:

While the club’s tweet notably avoids using the word ‘cryptocurrency’ opting instead for ‘digital currency’, the fact that the world’s most famous football club is incorporating the words ‘blockchain’ and ‘tokens’ into its marketing message is significant. This will likely bring more eyes over to the possibilities of digital currencies and the greater ecosystem at large.

And it led Binance’s CEO Changpeng Zhao (CZ) to comment on the progress toward adoption:

As part of Barça’s new digital marketing strategy, the partnership with Chiliz will use Barça Fan Tokens ($BAR) to engage its global fanbase. By purchasing these tokens, the club’s followers will be granted voting rights as well as rewards in the form of “exclusive merchandise and unique once-in-a-lifetime experiences.”

“We are proud to welcome Chiliz to the Barça family as a new global partner. This agreement will give us the chance to set up innovative marketing and partnership activations with a clear focus on the digital realm to take the Club closer to our fans around the world.”

“We are very excited to welcome FC Barcelona to Socios.com, and even more excited to start engaging with their massive fan base around the world. With over 300 million fans worldwide, Barça’s fandom spans countries as well as cultures… every time a fan buys a Fan Tokens, we are strengthening the use cases of this innovative technology.”

Barça Fan Tokens will start circulating in quarter two this year with an initial supply of 40 million at an initial cost of per €2. For fans to acquire them, they must first purchase Chiliz ($CHZ), which is the digital currency of Socios.com either from a major cryptocurrency exchange or directly through Chiliz.net.

Following in the footsteps of Paris Saint-Germain

In fact, more and more sports clubs are seeing the benefit of using new technology to increase fan engagement. FC Barcelona also follows in the footsteps of another major Spanish football club Atlético de Madrid, which became the first Spanish club to join Socios in September 2019.

The use of digital currencies to boost fan engagement seems to be growing more popular globally and now it’s reached arguably the most popular club in the world.

Granted, $BAR may be little more than a loyalty token for the club’s fans, but it’s a stepping stone into the world of crypto and a further clear use case for cryptocurrency in the mainstream.

Chiliz (CHZ) is a digital currency for sports and entertainment platforms. Learn more