With a week left before the official November product update, Charles Hoskinson, the CEO of IOHK, took to YouTube to share a brief glimpse of what’s been accomplished at Cardano this month. 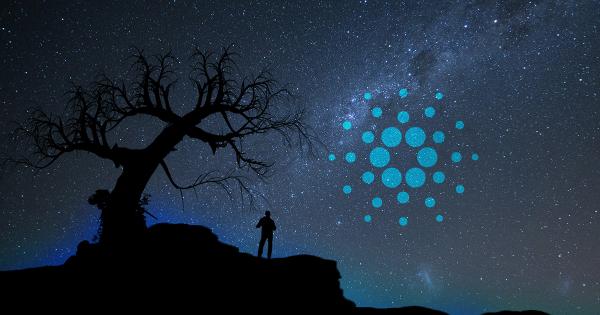 Photo by Vincent Chin on Unsplash

With a week left before the official November product update, Charles Hoskinson, the CEO of IOHK, took to YouTube to share a brief glimpse of what’s been accomplished at Cardano this month. Hoskinson said that the regular update will take place at the end of November, while a bigger, end-of-the-year update will happen on Dec. 10, the birthday of Ada Lovelace, when the public is set to hear some major announcements coming from the company.

In anticipation of the upcoming November product update

Since the launch of Shelley in July this year, the teams at IOHK have been coming out each month with a product update, briefing the community on what has been achieved in the previous weeks. The company’s upcoming product update, set to take place at the end of November or the beginning of December, will be a lengthy one.

In his latest YouTube video, Charles Hoskinson, the CEO of IOHK, said that the regular product update will bring more details about the work that’s been going on within the company, but revealed that another, bigger update will come just days later.

The second update will happen on Dec. 10, the birthday of Ada Lovelace, and will act as a sort of end-of-the-year retrospective. Aside from going through all of the accomplishments from this year, the company is also set to make some “big announcements” Hoskinson believes will surprise the community.

Progress continues to be made at Cardano

According to Hoskinson, November continued the trend of hiring at IOHK—he said that the company has been bringing in new engineers throughout the entire month. The company also tightened its relationship with Mutual Knowledge Networks and Runtime Verification, whose work on IELE will be discussed during the product update.

IOHK’s work in Ethiopia is, despite the civil war raging in the country, progressing fairly well. Hoskinson said that more news about the company’s plans for the developing country will be revealed at the end of the year update.

However, the biggest progress this month was made with hardware wallets.

Hoskinson said that Cardano will have full hardware support at the end of the month. The firmware for the Trezor hardware wallet will be updated in early December, while the Ledger firmware update with new features and functionalities will have to wait until either mid-December or January.

Partial delegation will be available in the first quarter of next year, he added, noting more details about the firmware updates required for delegation and staking from cold wallets will be released soon.

A Hard Fork Combinator (HFC) event is scheduled for the first week of December—Hoskinson said that a definite date will be released after coordination with IOHK’s partners. While this isn’t the first HFC event Cardano has seen, it will be the first Goguen-related event. The HFC event after this will be what ultimately brings about native assets, while the third one will finally bring Plutus.

As per the more closer updates, Hoskinson said that token locking will be supported on the Cardano mainnet in December. This means that the Fund3 voting center, which will be constructed in Daedalus, will allow users to lock their tokens as a way to register and get credentials for voting.