You Can Now Run a Litecoin Lightning Network Node On Your Mac Matthew North · 5 years ago · 3 min read
This article is more than 2 years old...
News › Litecoin › Uncategorized

Mac users who have been waiting to run a Lightning Node can finally rest easy – the tutorial on how to install a Litecoin mainnet Lightning Network node on Mac has been officially released. 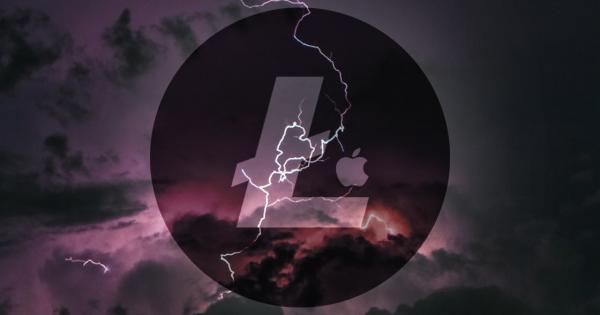 Photo by Breno Machado on Unsplash

Mac users who have been waiting to run a Lightning Node can finally rest easy – the tutorial on how to install a Litecoin mainnet Lightning Network node on Mac has been officially released.

The guide consists of all the commands and codes needed to create the Lightning node on a Mac. Users can copy and paste all of the commands directly from the guide making the entire process incredibly easy. In the interest of safety, the LTC team has also advised users to back up their machines before starting the process.

The announcement was tweeted by Charlie Lee, founder of Litecoin, about how to get started with a Litecoin mainnet for Mac users:

Thanks to @ecurrencyhodler for creating a guide on how to get Litecoin mainnet Lightning Network up and running on a Mac. If you have a Mac, be adventurous and do some mainnet Litecoin LN transactions! ?https://t.co/9IRJteW31q

The requirements of running a Lightning node include:

You should also have your home directory in the default location and a spare four hours to complete the process.

The Lightning network was designed to make transactions faster and cheaper by moving them to a layer above the blockchain. As scalability emerges as a critical issue across the industry, the developers of other coins and networks have not let this idea go to waste.

As a competitor to Bitcoin, it’s not surprising that the Litecoin Lightning network is one of the most developed, working alongside Lightning Labs to release its network at the same time as Bitcoin.

However, many projects are catching up, with other development teams taking serious strides to add Lightning to their networks.

The most recent projects to embrace Lightning was Stellar, which added Lightning to its 2018 roadmap in January.

Jeremy Rubin, a leader in the development of Stellar’s Lightning Network, said that Lightning is a requirement for any platform that wants to remain relevant for verifying transactions.

In an interview with CoinDesk, Rubin said:

“Lightning is perhaps the most important protocol innovation happening in the cryptocurrency space right now. When Bitcoin’s Lightning network comes online fully, any community not preparing scalable off-chain solutions is going to get left in the payments dust.”

Despite the popularity of the Lightning Network, not all blockchain projects are using the tech in the same way as Bitcoin.

For example, Ethereum developers are creating an off-chain solution named Raiden, while NEO has its version named Trinity.

Although these are separate projects, their intention is the same: to create a top-level network that allows transactions to be made faster and cheaper.

Despite Lightning and other off-chain solutions becoming the answer for improving network speeds and efficiency, there are still some projects who believe that scaling blockchains at the base layer is possible and desirable.

For example, the project Grin uses cryptography to create a blockchain that uses old, redundant data as the blockchain grows in size, so that it requires less space in the long term.

On the other extreme is IOTA who claims to have developed a “blockchain-less blockchain,” which would allow the project to scale without top-level or off-chain solutions. Only time will tell which scaling solution emerges victorious.