As the Bitcoin price surpassed $7,500 on November 27th, a key long term trend indicator showed that it is still a good period to accumulate BTC. 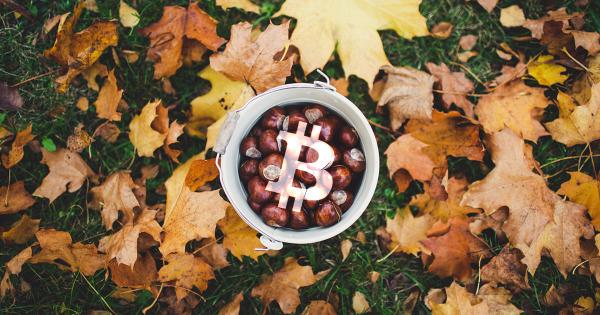 As the Bitcoin price surpassed $7,500 on Nov. 27th, a key long term trend indicator showed that it is still a good period to accumulate BTC.

Since the Ecoinometrics team released its latest “Daily Bitcoin Mayer Multiple Report” citing the Mayer multiple, a ratio of the Bitcoin price to 200-day moving average, the Bitcoin price has spiked past $7,800.

In the past four days, the Bitcoin price has risen by more than 18 percent against the U.S. dollar, recovering strongly from its dip to $6,600.

Will the Bitcoin recovery last?

Due to the intensity of the sell-off in the first three weeks of November, technical analysts have become cautious about expecting an extended recovery period for Bitcoin as of late.

Prominent cryptocurrency trader DonAlt observed that a week of recovery following a full month of selling cannot be considered a definitive sign of a bullish rebound. The trader said:

“4 weeks of selling followed by 1 week of bounce isn’t necessarily as bullish as the small timeframes make it out to be. For reference, this green candle ‘only’ reclaimed 50% of the previous one. I’m personally not looking to rush into a long position just yet.”

However, if the price of Bitcoin holds above $7,700 and moves above key resistance levels in the short term and with the imminence of the monthly BTC candle open, it could potentially lay the foundation for a solid recovery.

Based on the data published by LongHash, a Singapore-based startup incubator, Bitcoin is still considered technically “overvalued” on the Token Price Bubble Risk, which leaves the possibility of a further pullback open.

Still, as the Ecoinometrics research team explained, in consideration of the macro trend of Bitcoin, the cryptocurrency can still be acknowledged as cheap. The research team noted in its infographic:

Often, when the Bitcoin price rises in tandem with major alternative cryptocurrencies, it shows that the upside movement is strong enough to be carrying the rest of the market upwards.

As the Bitcoin price crossed $7,800, the price of Ethereum and other altcoins in the likes of EOS and XRP have started to rebound, which could improve the sentiment around the cryptocurrency market heading into December.

Concerns about the Bitcoin price failing to reclaim the so-called “psychological level” at $10,000 by the year’s end still remain. As seen in Dec. 2018, the sentiment around BTC tends to be carried from Nov. to Dec. and eventually to the first quarter of the following year.