Bitcoin hasn’t been doing too hot over recent months. 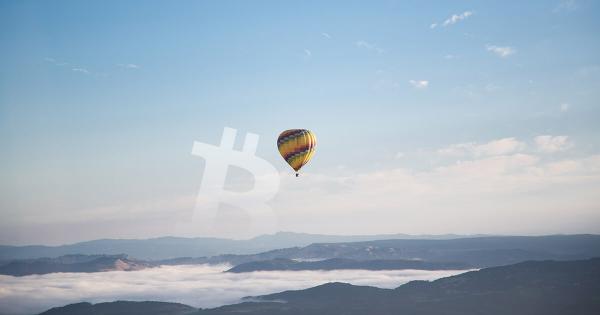 Bitcoin hasn’t been doing too hot over recent months. Since peaking in June, the cryptocurrency has collapsed by some 50 percent, plunging from $14,000, the year-to-date high, to $7,400 as of the time of writing this article.

This brutal drawdown unsurprisingly sullied the spirits of countless cryptocurrency investors, who thought in June that it was inevitable Bitcoin was to surpass $20,000 in 2019. Now, investors across the board are bearish, with individuals like hedge fund manager Mark Dow and gold proponent Peter Schiff opining that the cryptocurrency is ready to unravel to $1,000, maybe even lower.

Harrowing sentiment aside, there remains a small group of traders that believe Bitcoin is ready to take on new highs, as soon as June 2020 no less.

Cryptocurrency derivatives analytics platform Skew recently observed that the options market for Bitcoin is pricing in a 4 percent chance that BTC will have passed $20,000 by June 2020.

For some perspective, BTC hitting $20,000 from current prices by June would require it to surge by over 160 percent. That’s not to mention that this feat would need to take place in just over seven months.

This may make you wonder—is it possible? Are the 4 percent of options traders mentioned above right?

According to some analyses, for sure.

In just over six months, in May, Bitcoin will see its next block reward “halving,” when the number of coins issued per block gets cut by 50 percent to satisfy the cryptocurrency’s disinflationary issuance schedule. Although this may sound mundane, analysts expect this event to have a resounding effect on the Bitcoin market.

PlanB, a pseudonymous institutional quantitative analyst that has delved into the cryptocurrency game, released an article earlier this year revealing that the price of BTC can be accurately predicted by a linear regressional model that factors in Bitcoin’s inflation rate. PlanB’s so-called stock-to-flow model, which is accurate to an R² of 0.945 (statistics lingo for highly accurate), suggests that “the predicted market value for bitcoin after May 2020 halving is $1trn, which translates in a bitcoin price of $55,000.”

Notably, the model doesn’t forecast that Bitcoin will be at $55,000 at the date of the halving or on the date of the expiry of the $20,000 by June 2020 Bitcoin option. Though, the cryptocurrency market has historically surged by dozens of percent into halving events due to the anticipation of the halving’s negative supply shock, making $20,000 by June a possibility, though still not a certainty.

Also, Filb FIlb, a prominent technical analyst that called the point the drop to $3,000 at the start of 2018, recently posted the below chart to TradingView, in which he forecasts that BTC will hit $20,000 by the time of the halving, then continue higher from there.