Is Vitalik Buterin about to jump from Ethereum to Bitcoin? Samuel Wan · 9 months ago · 2 min read
News › Bitcoin · Ethereum › People

Recent posts by Vitalik Buterin suggest all is not well at Ethereum, with some suggesting he wants to work on Bitcoin instead. Ethereum co-founder Vitalik Buterin posted a tweetstorm this week revealing contradictions in his thoughts and values.

Buterin listed ten distinct contradictions, including reducing reliance on people versus building lasting systems and his love of decentralization and democracy versus a tendency to agree with intellectual elites over “the people.”

Thread: some still open contradictions in my thoughts and my values, that I have been thinking about but still don't feel like I've fully resolved.

Surprisingly, several of the contradictions mentioned suggest Buterin is not happy with Ethereum, specifically, its protocol design. What’s more, he also spoke about his desire to make his project more Bitcoin-like.

Some have taken this to mean Ethereum’s transition from Proof-of-Work (PoW) to Proof-of-Stake (Pos) is proving more difficult than expected.

Speculation is mounting that Buterin wants to develop on Bitcoin instead.

The Merge refers to merging the concurrently running PoW and PoS chains. This event represents a significant milestone in completing the ConsenSys layer (ETH 2.0). Current estimates put a rollout date of between Q3/Q4 2022.

Considering the constant delays, It’s clear that devs are struggling with the scale of the task at hand.

Buterin’s tweetstorm talks about a desire to turn Ethereum into a robust protocol capable of withstanding “extreme circumstances.” Perhaps events at Terra reminded him of what’s at stake if things go wrong.

Nonetheless, he continues by saying this desire belies the reality that crucial ETH dApps are vulnerable to attack. Additionally, this situation falls below what is acceptable from a security perspective.

“Contradiction between my desire to see Ethereum become an L1 that can survive truly extreme circumstances and my realization that many key apps on Ethereum already rely on far more fragile security assumptions than anything we consider acceptable in Ethereum protocol design.“

Taking this in, Input-Output CEO and former colleague Charles Hoskinson responded by saying, “it’s not too late to come to Cardano.”

Last month, Buterin posted a blog in which he discussed Bitcoin maximalism.

Bitcoin maxis are often accused of being toxic and narrow-minded. But Buterin argues that a “healthy dose of intolerance” is excusable in defending the ideology of the most “honest” cryptocurrency.

“What if Bitcoin maximalists actually deeply understand that they are operating in a very hostile and uncertain world where there are things that need to be fought for, and their actions, personalities and opinions on protocol design deeply reflect that fact?”

The post goes into great depth on the topic, covering issues such as developing sound money, first movers being the most “genuine,” and intolerance being necessary to counter bad actors. Buterin ended by advocating for more maximalism.

It’s fair to assume the Ethereum co-founder is a strong proponent of Bitcoin and those who uphold its ideology at the expense of all others.

When taken in conjunction with his recent tweetstorm, specifically the post in which he wished for Ethereum to be “more Bitcoin-like,” some suspect Buterin wants to leave Ethereum to work on Bitcoin.

Contradiction between my desire to see Ethereum become a more Bitcoin-like system emphasizing long-term stability and stability, including culturally, and my realization that getting there requires quite a lot of active coordinated short-term change.

The CEO of Bitcoin Magazine, David Bailey, commented that such a move was far from being on his “2022 Bingo card.”

Vitalik bouncing from ethereum to work on Bitcoin was not on my 2022 Bingo card. 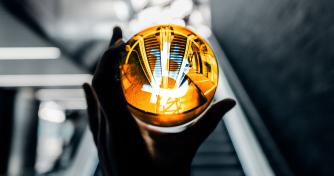 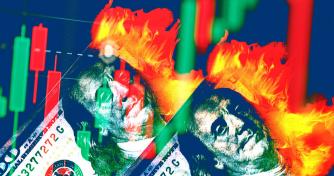 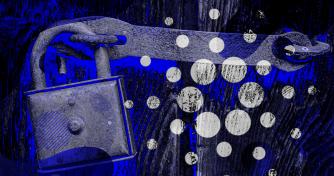