As the price of ADA reached $0.38, the value of the tokens locked in Cardano’s treasury briefly surpassed $100 million. 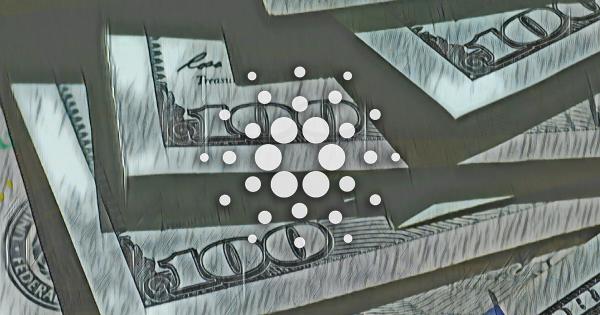 As the price of ADA reached $0.38, the value of the tokens locked in Cardano’s treasury briefly surpassed $100 million. But what does this mean for the Cardano ecosystem and how can the Cardano community benefit from the growing amount of funds locked inside it?

The price of ADA, the native cryptocurrency of the Cardano blockchain, recently reached its two-year high, surpassing $0.39 on Jan. 18. And while many have dismissed ADA’s significant growth as a side effect of the market-wide rally we’ve been seeing this past month, there is significant growth within Cardano pushing its price up.

The huge growth ADA has seen affected more than the coin’s price.

The Cardano Treasury saw the value of all of the locked ADA briefly surpass $100 million on Jan. 18, making it one of the largest decentralized blockchain treasuries on the market. According to data from Project Catalyst, at the beginning of the latest epoch on the blockchain, there was 261,254,564.02 ADA locked in the treasury. At press time, ADA’s price of $0.34 puts the value of the Cardano Treasury at $88.82 million.

Why is the Cardano Treasury important to the community?

The goal of the Cardano Treasury is to provide funds to develop the Cardano blockchain through a voting process. Its core component is a decision-making system that enables members of the community to collectively reach decisions that essentially run the network.

Cardano’s treasury is funded through several different channels, which include taking a percentage of stake pool rewards and transaction fees, holding back a portion of newly-minted coins, and accepting occasional donations or charity.

The funds held in the treasury are meant to finance various projects and proposals for improving the blockchain, which are chosen through community votes.

This is where Project Catalyst comes in. Launched as the core component of Cardano’s Voltaire governance era, the platform provides the infrastructure necessary to facilitate this voting process.

Launched late last year, Project Catalyst has so far shown that it’s extremely efficient when it comes to allocating funds from the treasury. Earlier this week, the second treasury fund, Fund2, was successfully completed and $250,000 worth of ADA was given out to 11 different projects building on Cardano. Fund3, which will be launched in the following weeks, will see $500,000 worth of ADA distributed to a select group of projects.

The fact that the Cardano Treasury holds over 261 million ADA will provide the Cardano community with a safety net, allowing them to explore different projects and ideas related to the Cardano network. With the amount of ADA in the treasury steadily replenishing, developers will continuously be able to access funding for their projects.