In one day, a total of $1.2 million worth of Ethereum was stolen in three DeFi “rug pulls” Nick Chong · 2 years ago · 3 min read
News › Ethereum › Scams

The past few days have marked a renaissance in altcoin trading: previously-unknown projects on Uniswap, the leading Ethereum decentralized exchange, have been rallying by thousands of percent. 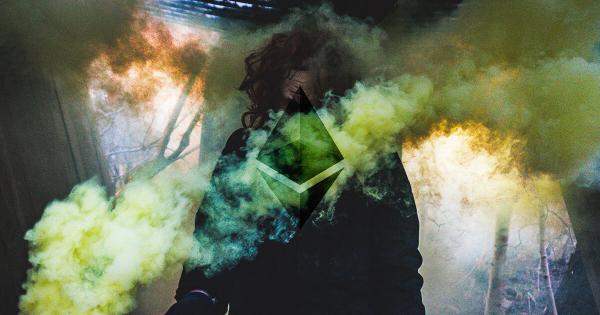 The past few days have marked a renaissance in altcoin trading: previously-unknown projects on Uniswap, the leading Ethereum decentralized exchange, have been rallying by thousands of percent. Even some larger names have gained hundreds of percent, somehow benefiting as Bitcoin and Ethereum have begun to falter.

Some of these rallies have been predicated on true innovation: SnowSwap launched a partnership with BadgerDAO, then proceeded to run 500 percent, while Dynamic Set Dollar, a competitor to Empty Set Dollar, has entered its bootstrapping phase and surged 1,000 percent.

But it has reached a point where there are some traders who are buying absolutely ending that comes their way and looks remotely interesting. This has made it ripe for scammers to try and turn a quick buck.

So ripe, in fact, that three “rug pulls” took place in the span of one day, this past Friday.

A “rug pull” is a term that was popularized in the DeFi space this past summer to describe hacks or scams.

Over the past few days, one of the biggest trends in the DeFi speculator market has been rebase coins.

Rebasing is a crypto term popularized by Ampleforth. The basic idea is that the supply of a cryptocurrency can contract or expand based on demand, or certain price thresholds that traders must maintain.

For some reason, investors have been FOMOing into any rebasing coin over the past few days. This includes questionable presales launched by new developers.

One coin, DeFiB, promised to be a rebasing coin based on Ethereum that would automatically gravitate toward the value of all DeFi tokens in circulation.

Unfortunately, when the first rebase was slated to happen on Friday, it didn’t. The developers of the project suddenly went AWOL, deleting their Telegram and Twitter while users also noticed that around 600 ETH (~$300,000) worth of liquidity had been drained from the DeFiB pool.

Do not ape in every fork guys. I am a full time degen but I never ape in even at the dips before almost contacting devs LinkedIn or TG.$DEFIB rugged ~600 $ETH

Didn't ape in it. Not a dime. Feeling sorry for your losses. There are good rebase projects. Not all forks are bad.

Weirdly, it appears that some of the lost funds were distributed back to those affected.

A bit later, there was iBase, yet another rebasing coin. Many were sure this one would work because it was purportedly founded by a developer of a long-standing “yF” project, yFFS Finance, which has existed in a somewhat legitimate capacity over recent months.

Around 300 ETH (~$130,000) was raised in a private pre-sale that took place over the span of under a minute, according to reports.

The developer was aiming to deploy some of the ETH raised in the pre-sale into Uniswap, to allow speculators to bet on the coin. But when it came time to deploy these funds, the Telegram channel for iBase was deleted.

YFFS is down 85 percent as well, with many assuming that this “rug pull” also marks the end for this token as well.

DeTrade Fund, which would purportedly allow any Ethereum user to participate in arbitrage (a trading method often relegated to advanced funds), raised 1,450 ETH in a pre-sale.

It garnered traction within some segments of the Ethereum community because the company was registered in the U.K., was audited by a reputable Ethereum auditor, and seemingly had a “doxxed” team.

But, yesterday, the team deleted their social media profiles and ran away with the money.

There is an ongoing debate on Twitter over whether or not the team was using a freelancer or even an artificial intelligence “deepfake” to create a character to promote their product. Proponents of the deepfake theory point to the video seen below, which shows project CEO seemingly discussing DeTrade Fund.

Look at the video of the “CEO” of DeTrade Fund which just rugged.. the audio is a little delayed because of screen record but you can tell that the video is glitchy and hes an AI. This needs to be shared to everybody so we can be more careful in the future #defi #crypto #uniswap pic.twitter.com/Q7Fu1nnD3h

This Ethereum token has quietly gained over 1,000% in the past three days