Bitcoin has been the clear leader in the crypto space since it was launched in 2009. 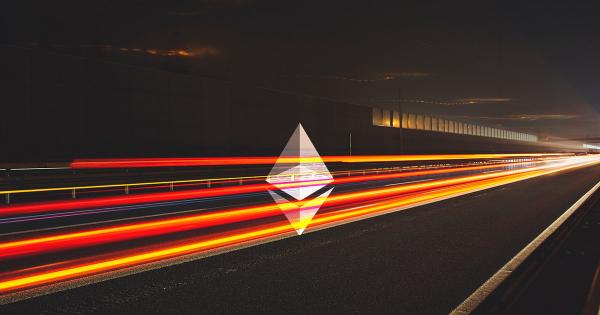 Bitcoin has been the clear leader in the crypto space since it was launched in 2009.

But, a leading Wall Street veteran working in the space recently postulated that this may change in the years ahead.

He said that Ethereum actually has the potential to surmount BTC’s market cap in the coming decade.

Here’s why he thinks so.

Raoul Pal on the Bitcoin-Ethereum “flippening”

Ever since Ethereum got within a few dozen percent of BTC’s market capitalization in 2017, the term “flippening” has been popularized in the space.

Some advocates of Ethereum think the cryptocurrency will eventually surmount BTC’s market capitalization. The idea goes that because BTC has a single use case of being a store of wealth and a medium of exchange, Ethereum’s multi-faceted nature should provide it with more adoption over time.

Raoul Pal, CEO of Real Vision and a Wall Street veteran, recently threw his weight behind this idea.

In an extensive Twitter thread published on the evening of Dec. 10, he highlighted how there are trillions and even quadrillions of dollars worth of financial applications that can be built on the cryptocurrency stack. Where Bitcoin will take the lead as a collateral asset, Pal thinks Ethereum will be the layer on which transactions are settled, debt is issued, assets are tokenized, and so on and so forth:

“My hunch is BTC is a perfect collateral layer but ETH might be bigger in market cap terms in 10 years for the reasons above. Money and collateral is just the base layer. Everything builds on top. The store of value is collateral, the trust layer and exchange of value is bigger.”

A few things to make you think…

If bitcoin is the digital pristine collateral, the size of global gov bond market is $123trn.

To translate this into terms from real life, there is estimated to be $19 trillion worth of M2 money in the U.S. today. While this may sound like a lot, there are currently quadrillions of dollars worth of derivatives built on top of this capital base.

Pal seems to be suggesting that BTC will capture the monetary base component of finance while ETH may slurp up the derivatives and settlement layer.

Chris Burniske, a partner at Placeholder, has suggested that this transition may happen sooner than most may realize.

As reported by CryptoSlate previously, the analyst commented that BTC and ETH will likely “race each other” to a trillion dollar valuation in the coming years.

He thinks that Ethereum’s budding DeFi economy will give it the fuel to gain relative value against BTC:

Ready to watch $BTC & $ETH race each other to a trillion in value? https://t.co/BAffYQMPSF