The international financial institution found it fitting to revive the warnings published in a blog post a month ago and recapped that recognizing Bitcoin as national currency represents an “inadvisable shortcut.” 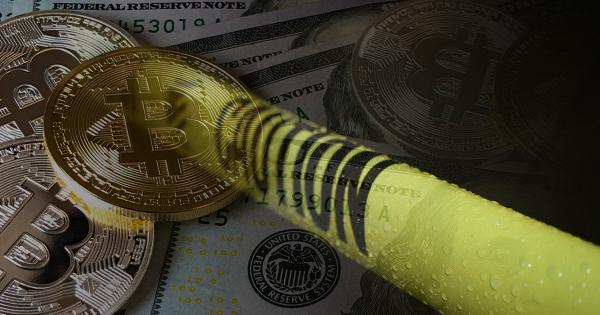 Bitcoin (BTC), the world’s largest cryptocurrency, is getting adopted as a legal tender in El Salvador in eight days but as the Central American country goes through its final days of preparation, being eagerly observed by other countries, some of which are considering to follow in its footsteps, the International Monetary Fund (IMF) refreshes its warning on Twitter.

Along with the World Bank, the intergovernmental financial body has been expressing its disapproval of El Salvador’s crypto legislation since the get-go, raising alarms about economic and legal risks threatening the country if Bitcoin becomes an official legal tender.

A step too far

“​​Privately issued crypto-assets like Bitcoin come with substantial risks. Making them equivalent to a national currency is an inadvisable shortcut,” read the IMF’s latest warning posted on Twitter, with a link to last month’s blog.

Privately issued cryptoassets like Bitcoin come with substantial risks. Making them equivalent to a national currency is an inadvisable shortcut. Read more in our #IMFBlog by the IMF’s Tobias Adrian and @RhodaWeeksBrown: https://t.co/r1NwBuyAq8 pic.twitter.com/Sk9tOjvhD6

Written by monetary and capital markets department director Tobias Adrian and legal department head Rhoda Weeks-Brown, the blog post covers a host of risks that are threatening those countries that decide to legalize “privately issued tokens” as the national currency.

While recognizing the “advantages of their underlying technologies,” the authors insist that cryptocurrencies shouldn’t be adopted to such an extent, stating such boldness is a “step too far.”

In most cases, the risks of such adoption outweigh its benefits, warned the authors, who underlined that recognizing Bitcoin as a national currency poses a threat to financial integrity in countries with weak anti-money laundering and counter-terrorism financing (AML/CFT) measures.

While the biggest part of the blog was dedicated to warnings about financial and legal risks surrounding Bitcoin adoption, the authors also addressed the looming environmental and economic threats.

Adrian and Weeks-Brown underscored the adverse ecological implications of Bitcoin mining that utilizes “an enormous amount of electricity” and warned about how crypto adoption could compromise consumer protection and negatively impact domestic prices.

According to the IMF, adopting Bitcoin as a national currency presents “an inadvisable shortcut” for a way out of the spiraling economic crisis.

El Salvador’s president Nayib Bukele, who ushered the legislation through parliament in June, took the opportunity to state he is not shedding tears over the IMF’s disapproval.

Following the IMF’s initial warnings, Bukele said nothing will stop Bitcoin adoption in El Salvador. And, thus far, nothing has.