How Cardano will be used to fight counterfeiting Priyeshu Garg · 3 years ago · 5 min read
This article is more than 2 years old...
News › Cardano › Technology

How Cardano will be used to fight counterfeiting

The lab at the University of Wyoming has been working on an anti-counterfeiting solution based on the Cardano blockchain. 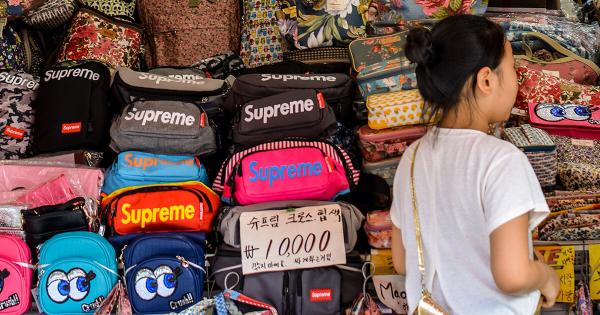 The lab at the University of Wyoming has been working on an anti-counterfeiting solution based on the Cardano blockchain. Armed with $500,000 worth of ADA from IOHK, the lab is exploring how to create chips that are able to contain what is essentially tokenized proof-of-ownership of luxury goods ranging from watches to supercars.

An anti-counterfeiting solution that utilizes Cardano is in the works

The problem of counterfeiting isn’t something that the luxury goods industry is faced with, but it’s the industry that suffers the most when the authenticity of its products is put into question. The industry has historically struggled to solve this problem by introducing serial codes, holographic stickers, and invisible ink. These methods, however, haven’t stood the test of time and are easy to override.

The U.S. university received $500,000 worth of ADA from IOHK back in February and is set to use the money to develop a blockchain-based anti-counterfeiting solution.

According to Charles Hoskinson, the CEO of IOHK, this is a project that’s well beyond the scope of 2020 and could take several years to fully implement. Nonetheless, if executed right, its possibilities are endless and it could bring about a full revolution in the luxury goods industry.

Hoskinson took to YouTube to explain how the solution that’s being developed at the university will work, beginning with an overview of the current supply chain system in the industry.

Every luxury good lives inside a supply chain that ultimately ends in retail and every stage of that supply chain, including the retail one, poses a threat to the item’s authenticity. Despite most luxury goods being fitted with a serial code, the process is done when the item is already well into the supply chain and is notoriously hard to control. The end-user often has no way to authenticate whether or not a serial code is actually real, making them essentially worthless.

A solution that the University of Wyoming is currently working on will utilize both software and hardware in order to solve the problem. Hoskinson said that the lab is working on creating a chip that is capable of several cryptographic operations, such as the Intel SGX or the ARM TrustZone. The basic idea behind this is essentially creating a chip that makes extracting information from it very hard and then using it to store and use private keys.

These chips will be equipped with RFC, RFID, or a similar standard and be extremely cheap to make—Hoskinson estimates that a single chip would cost between 1 and 10 cents. A chip like this would be easy to implant into items such as luxury handbags, shoes, watches, etc.

Solving the issue of authentication with hardware

As Cardano will soon have a multi-asset standard, it will be easy to issue tokens on the platform. What the Wyoming lab plans on doing is tokenizing authenticity—issuing coins that represent the authenticity or ownership of a luxury good.

Take, for example, a luxury Louis Vuitton handbag. During the production of the bag, a chip able to hold private keys will be inserted in it. Somewhere in the supply chain, an authenticator will be tasked with examining the bag in order to prove its authenticity. If the bag passes quality tests, the authenticator would then issue a transaction sending one of the authentication tokens on Cardano to the chip.

Hoskinson went on to explain that while the chip itself will be passive, it will be able to perform several functions as a protocol of challenge-response would be added to it. For example, in order to validate the authenticity of a bag, the authenticator could simply tap or scan the chip with a mobile phone, which would verify if the chip has a legitimate token on it.

The chip would be able to receive and process the request through NFC or RFID communication protocols and generate a signature that returns that query to the authenticator. The authenticator is then able to look at the Cardano blockchain and verify that the token exists, therefore verifying the authenticity of the bag.

Hoskinson expects these chips to evolve and improve over time. He said that it will be possible to add all sorts of metadata to it so that in addition to storing the private key for a token, the chips also store the history of the item, where it was made, where it was sold, and ownership lists.

And while this doesn’t completely abolish the possibility of counterfeiting, it makes it extremely inefficient.

Hoskinson said that a counterfeiter could remove the chip from the authentic item and put it into a counterfeit one. However, this means that one handbag yields only a single counterfeit one. The 1:1 relation, while still essentially allowing counterfeiting, is a huge improvement from one real handbag being used to make thousands of counterfeits.

If chips were made so that they could communicate with each other, or introduce several decoy chips, this would drastically reduce the already low possibility of counterfeiting.

By separating the authentication process from the manufacturer, better oversight of the supply chains would be achieved. Another major selling point of this solution is its lack of centralization—the authentication tokens would be the same for a wide variety of luxury goods companies, which means that the database containing them won’t be controlled by a single company.

For example, the mobile app used to scan the chips and verify the authenticity of, say, a Louis Vuitton handbag, would be the same app used to verify handbags manufactured by Gucci, Chanel, Dior, etc. The same goes for luxury watches, jewelry, shoes, and even exotic and luxury cars.

While there’s still a long way to go before we see a working prototype, Hoskinson already sees their massive potential. He said that making the chips programmable would allow them to add more cryptographic protocols to it, and thus increase their functionality.

For example, each luxury goods store would have its own master key that issues a transaction on the Cardano blockchain when an item is bought, adding metadata to the chip such as information on when, where, and by whom it was bought. This metadata would effectively serve both as a certificate of authenticity and proof of ownership.

The sky’s the limit when it comes to these functionalities, Hoskinson said. Brands could create loyalty systems that tokenize the right to buy something—customers could tokenize their place in a waiting list for a luxury watch or an exotic car and sell it to other customers.

“It monetizes the fact that you are a loyal customer to a firm.”

As Hoskinson stated before, these ideas are neither new nor revolutionary. However, when combined with blockchain, a trusted hardware module, a mobile phone app, and advanced cryptography, they provide a robust and resilient solution that’s easy to implement. Such a solution would most likely be coupled with Prism, Cardano’s identity solution.

An easy implementation process will allow such a solution to scale and easily reach millions of customers, which are the driving force behind the $280 billion industry. 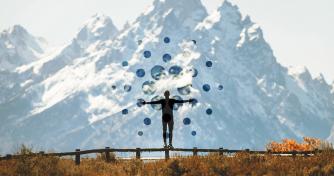 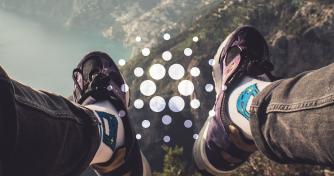 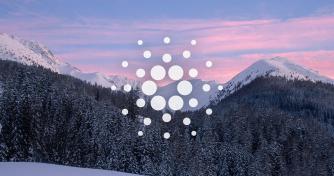