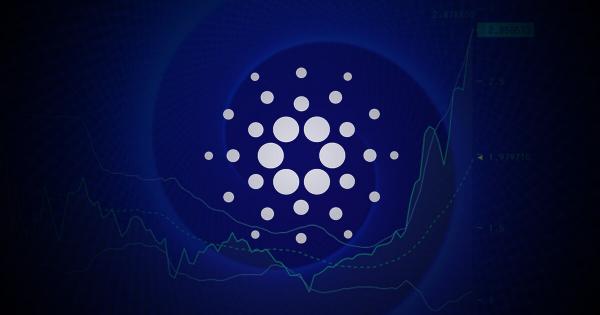 Cardano continues its stunning run of form, gaining 8% in the last 24 hours to $2.83 at the time of writing. Plus a staggering 136% increase in value in the last month.

However, Sunday saw a huge 12% swing taking Cardano decisively through that resistance zone to close the day at $2.70.

Today sees more of the same bullishness, hitting a peak of $2.90 during the early hours, making a new all-time high for the third-largest cryptocurrency.

The driving factor behind this is, of course, the Alonzo rollout, which is scheduled for release around three weeks from now.

Going further, he described a polarization of opinion regarding the current state of development on Cardano. Even disbelief regarding whether smart contract functionality is actually going to get rolled out.

“There’s a lot of irrational exuberance and irrational hate that’s flowing through. There’s a state of disbelief in certain circles of the cryptocurrency space.”

Then again, Hoskinson admitted there’s still a lot of work to do between now and then. But, all the same, that work is getting done.

You can’t please everyone

Over the years, Cardano has drawn criticism on numerous fronts, all of which boil down to skepticism it can achieve what it has set out to achieve. Per its website, this can be outlined as bringing about positive change on a global scale using blockchain technology.

During his live stream, Hoskinson said these critiques continue to persist even though, as he mentioned, smart contracts are a done deal. This he finds somewhat baffling.

“Despite all that, usual things are persisting. Ghost chain, no commercial adoption, immediate collapse, it’s a cult, nothing can work.”

Speaking philosophically about this, Hoskinson said none of the progress or the achievements made to date matter to the critics. Adding, they’ve already made up their minds.

“The critics of this project, for some reason, have decided it’s a bad project. And that’s okay, it’s honestly okay.”

Hoskinson maintains that slow and steady, but right, is the only way to build a complex global network.