The world’s largest cryptocurrency has gone parabolic in the past week, with bitcoin breaking its yearly high on May 14th by crossing the $8,000 mark. 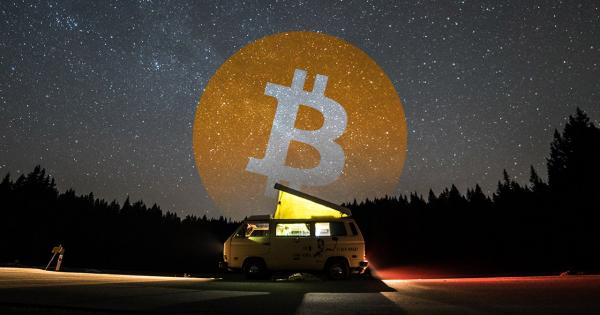 The world’s largest cryptocurrency has gone parabolic in the past week, with bitcoin breaking its yearly high on May 14th by crossing the $8,000 mark. Willy Woo, a cryptocurrency analyst, says that even in modest estimations, data shows that the bull season is 99 percent in.

The dreaded crypto winter seems to be finally coming to an end, as recent data from almost all price trackers showed a Bitcoin bull run that has left even the most optimistic analysts in awe. While a bull run was more or less expected, few have thought that the world’s largest cryptocurrency would pass the $8,000 mark in a single night.

This past week’s bull run has affected more than Bitcoin’s value—it also forced many analysts and experts to adjust their forecasts and accept that the crypto winter might be gone for good.

Willy Woo, a prominent crypto analyst and Twitter personality, leads the way when it comes to optimism regarding Bitcoin.

In BTC's 10yr trade history, crossing above the 200 day moving average (blue line) for any sizeable time (say 8wks+) has signaled bull season. Even a super conservative trend line support puts us above the 200DMA.

In a follow-up tweet, Woo explained that reaching the 200 daily moving average happened many times in Bitcoin’s history, but the only way it could lead up to a bull market is if Bitcoin remained above that line for more than 8 weeks.

Only one thing missing to call for a 100% bull season

While Woo’s prediction is in line with the one he made in April, where he said he was 95 percent sure the bear market has bottomed out, he still isn’t absolutely convinced. He added that in order for him to be completely sure that a bull season is here is Bitcoin’s on-chain volume. Woo defined the on-chain volume as a “proxy” to long term investor activity.

However, we won’t be able to see it clearly in Bitcoin’s current parabolic rise, Woo said. Instead, we should wait for the ongoing pull to calm down and retract.

Apart from that, Woo also wants to see the price of BTC to be validated with on-chain volume. This is most likely to happen in the next four to eight weeks, he added, saying that he personally believes that the April 1 break above $4,300 should be seen as the start of the 2019 bull market.

We're now awaiting the on-chain volume to climb. On-chain volume is a proxy to longer term investor activity. That's what I want to see for 100% confirmation.

Look for it after the price pulls back from it's current exponential climb, as investors BTFD.https://t.co/M69Php4yph pic.twitter.com/1R9Eb4otJS

Woo’s forecast garnered a lot of replies, with most commenters agreeing with him. Some have expressed their hope that this wasn’t a one-time spike that would lead to a bear market again, while others were more optimistic and predicted a bull market that would last up until the end of 2020.