Goldman Sachs reveals how Bitcoin can reach $100k in 2022

In its latest note to investors, Goldman Sachs have stated its belief that Bitcoin could reach $100k if investors saw it as a store of value. 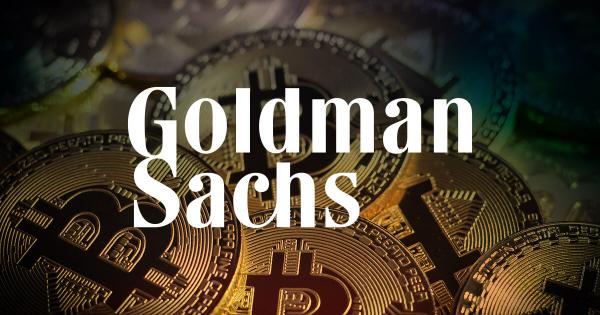 Goldman Sachs, through its recently released note to clients, has stated that Bitcoin could reach as high as $100k in this year.

According to the global investment bank, its prediction depends largely on how investors treat Bitcoin this year. This means that if investors were to accept the notion that the flagship cryptocurrency is digital gold, then the asset’s value could balloon astronomically.

Goldman Sachs continued that the float-adjusted market cap of BTC stands at around $700 billion. This is roughly 20% of the “store of value” market which is dominated by the coin and gold.

“We think that comparing its market capitalization to gold can help put parameters on plausible outcomes for bitcoin returns.”

The research note also conceded that the digital asset industry was not just about Bitcoin while also highlighting the fact that BTC “may have applications beyond simply a ‘store of value’.”

A previous CryptoSlate report has shown that the energy concerns about the coin have not dissuaded institutional investors who invested over $6 billion on the asset last year.

However, it is important to note that Bitcoin mining has become a cogent issue amongst countries looking to reduce their carbon emissions.

In Kazakhstan for example, protesters are beginning to mount pressure on the government for the rising electricity bills which have forced telecom service providers to shut internet services cutting off miners within the country.

Bloomberg’s strategist Mike McGlone believes that Bitcoin could outperform stocks this year, despite the fact that the digital asset has begun the year in a downward trend.

According to the Bloomberg analyst, the Federal Reserve’s decision to raise the interest rate of this year could lead to a “win-win scenario for Bitcoin [versus] the stock market.”

“Cryptos are tops among the risky and speculative. If risk assets decline, it helps the Fed’s inflation fight. Becoming a global reserve asset, Bitcoin may be a primary beneficiary in that scenario.”

There could be an influx of 20 million new crypto investors to the U.S. market