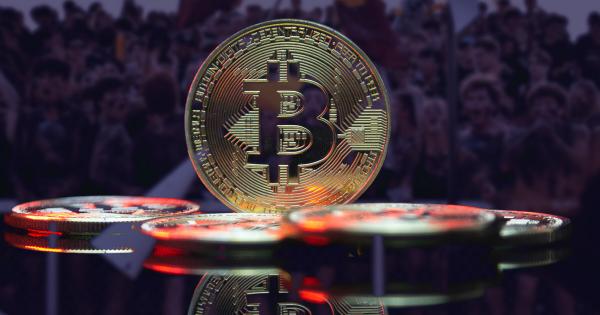 Spurred by a sharp rise in fuel prices, raging protests in Kazakhstan brought about a nationwide internet blackout.

Following the US, Kazakhstan counts as the second-largest country when it comes to mining Bitcoin–accounting for roughly 18% of the network hash rate.

The global internet monitoring group NetBlocks confirmed a “significant disruption to internet service in Kazakhstan from the evening of Tuesday 4 January 2022, progressing to a nation-scale communications blackout on Wednesday afternoon.”

⚠️ Confirmed: #Kazakhstan is now in the midst of a nation-scale internet blackout after a day of mobile internet disruptions and partial restrictions.

The incident is likely to severely limit coverage of escalating anti-government protests.

Riots broke out in the west of Kazakhstan on Sunday–after a cap on energy prices was removed, doubling the cost of liquified petroleum gas, BBC reported.

Kazakhstan’s president Kassym-Jomart Tokayev dismissed the government, assuring lower fuel prices would be restored, but the announcement had little effect.

In a televised address, he promised a tough response, calling the protests a “black period” in the country’s history–with a state of emergency being declared in Almaty and Mangistau.

Meanwhile, in a bid to limit coverage of raging demonstrations, the authorities appeared to have cut the internet off, with connectivity levels plunging to nearly zero, according to NetBlocks.

But what does it mean for the Bitcoin network, when one of the leading countries in terms of mining experiences a nationwide internet blackout?

“Bitcoin survived an overnight 50% HR dump, it will be fine here too,” according to Lerry Cermak, who pointed out the Bitcoin hash rate drop on Twitter.

Internet has been down in Kazahstan for a few hours where roughly 18% if Bitcoin's hashrate is.

Looks like the impact on the hashrate is so far 12% drop just in the last few hours since internet went down. pic.twitter.com/FcTDsJ6R77

Bitcoin network hash rate, a key indicator of how healthy the network is, driven primarily by difficulty mining and the number of miners, dropped 12% in a few hours of the internet being down.

“Also just to be clear, I am in no way suggesting this should dump the price. It’s relatively inconsequential but just interesting given that a country that has nearly 20% of HR lost internet for a few hours,” VP of Research at the Block added.

As Cermak pointed out, “it matters to estimate the impact of an unprecedented event like this.”