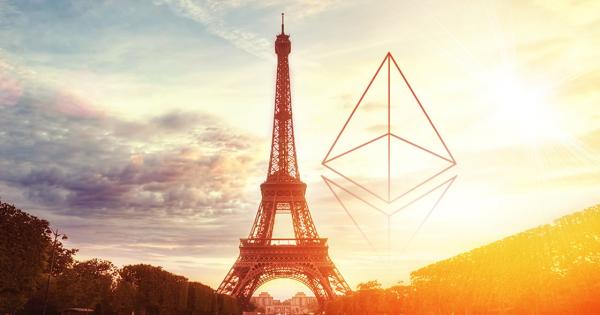 French lending giant Societe Generale has become the latest traditional financial company to experiment with digital tokens. The bank’s Ethereum-based tokenized bonds have the potential to bring cryptocurrencies to a market worth over $2 trillion.

Cryptocurrencies have already become an inseparable part of many different industries, but the one that proved the hardest to penetrate has arguably been traditional finance. Skepticism towards the digitalization and decentralization of assets alongside the refusal of regulatory authorities to explore the sector have heavily contributed to crypto’s difficulty in gaining finance sector traction.

However, digital assets have slowly penetrated the traditional financial market nonetheless, with many high-profile institutions and companies exploring the use of cryptocurrencies and blockchain technology.

The bonds were issued by Societe Generale FORGE, an internal startup launched in the bank’s intrapreneurship program—the Internal Startup Call. SocGen FORGE used the transaction to test how the technology can be used to cut costs and speed up settlement for the securities.

Tokenization of assets could be a huge market

SocGen’s venture into digital tokens was well received by crypto evangelists as it opens more doors for the wider use of security tokens. Finoa, a digital-asset company based in Berlin, estimates that virtual representations of assets like real estate and stocks could grow into a $24 trillion asset class in the next decade.

Graham Rodford, the CEO and co-founder of Archax, a security token trading venue, said that everything is eventually going to be tokenized. Other proponents say that tokenization allows investors to access markets beyond their reach and introduces a regulated method for raising money via digital assets.

“But it’s not just about allowing previously illiquid assets to be traded, like shares in a private equity fund, but it will also bring great efficiencies to existing traditional markets,” Rodford added.

However, not everyone shares such a positive outlook. Romal Almazo, who leads the crypto and blockchain practice at Capco, a financial-technology consultancy, told Bloomberg that the market will take years to mature. He added:

“The proliferation of tokenization within finance will occur, but don’t expect to see it go mainstream anytime soon.”

While both sides have valid concerns, the question of whether the market is actually ready for crypto remains unanswered by either.

Bruno Le Maire: France One Step Ahead in Blockchain Revolution