The regulated future of blockchain-based crowdfunding is just around the corner, with regulators now taking a hands-on approach to the oversight of initial coin offerings (ICOs).

The regulated future of blockchain-based crowdfunding is just around the corner, with regulators now taking a hands-on approach to the oversight of initial coin offerings (ICOs). Regulatory interest in ICOs, as well as the recent establishment of legal precedents that define ICOs as securities under U.S. law, have catalyzed a dramatic surge in the amount of effort dedicated toward creating a standardized protocol that can be used to issue tokens that meet the legal definition of “security tokens.”

TokenSoft, a white label token sale platform that offers integrated custody solutions for ICOs, published an Ethereum Improvement Proposal that could establish an Ethereum-based security token standard, potentially allowing for the creation of an “STO explosion” to rival 2017’s year of the ICO.

Why Do We Need Standardized STO Tokens?

The days of the ICO wild west are over, as increased regulatory interaction with the blockchain and cryptocurrency ecosystem means ICOs that offer investors a share in the assets, profits or revenue of a platform are highly likely to fall under the regulatory scope of securities law.

The security token offering (STO) is a solution to the regulatory impact of evolving token sale legality, providing startups and new blockchain ventures with the ability to offer investors a financial product that falls under securities regulation without violating securities laws.

Unlike a utility token, which can be used to represent access to a network or platform, or the ability to purchase goods and services from a network, security tokens represent either complete or fractional ownership in an asset. Shares in a company, real estate or even intellectual property can be represented by a security token.

The benefits of security tokens aren’t only applicable to the blockchain-based crowdfunding and ICO market, however. Security tokens hold the potential to transform the traditional paper shares paradigm, enhancing efficiency and distribution. The many applications of smart contracts, for example, can be used alongside security tokens to optimize voting in corporate governance, delivering increased transparency.

Without a standard, however, it’s impossible for regulators, developers, KYC providers, investors, issuers, wallets and exchanges to work together in the same framework and create a functional STO ecosystem.

TokenSoft’s ERC-1404 standard is designed specifically for tokenized securities and has been developed with guidance and insight from securities law firms, major cryptocurrency exchanges and issuers. Notably, the ERC-1404 standard has been created with banking and corporate governance law in mind and delivers all of the same functionality as the ERC-20 standard.

By adding several new lines of code to the ERC-20 standard, the TokenSoft development team has made it possible for issuers to enforce transfer restrictions. This makes it possible to enable issuers to control when and how many tokens can be transferred as well as under what conditions, fulfilling a critical regulatory requirement.

TokenSoft is not the only developer focused on creating regulatory compliant securities tokens. The Security Token Standard initiative is an open source project that aims to create a similar backward-compatible extension of the ERC-20 standard, and recently concluded a roundtable event in July.

“By supporting ERC-1404, token issuers, exchanges and wallets can deliver a great user experience to investors while ensuring compliance.” 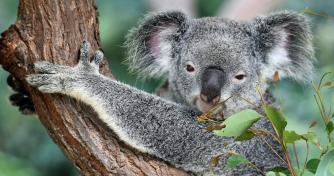