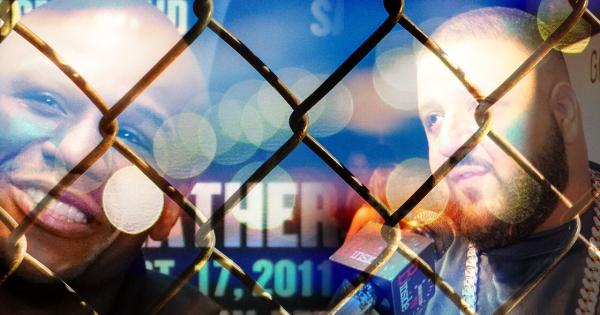 Photo by Mohammad Saifullah on Unsplash

Mayweather and Khaled both promoted the coin and other forms of cryptocurrency, via social media. Since last year, the celebrities enthusiastically posted about the Centra ICO on Twitter. One with the caption “You can call me Floyd ‘crypto’ Mayweather from now on”, and in another, Khaled referred to the Centra card and wallet app.

Spending bitcoins ethereum and other types of cryptocurrency in Beverly Hill https://t.co/q9VZ3MzpK8 pic.twitter.com/BYyOFUnm8W

Centra's (CTR) ICO starts in a few hours. Get yours before they sell out, I got mine https://t.co/nSiCaZ274l pic.twitter.com/dB6wV0EROJ

TMZ did not specify their source, but if they are referring to the first class-action suit, filed in December 2017, it culminated in the Securities and Exchange Commission (SEC) charging Centra’s founders with “orchestrating a fraudulent initial coin offering (ICO).”

The SEC’s separate lawsuit specifies that $32 million was stolen from backers of Centra’s fraudulent tokensale in 2017, and hinges on the accusation that CTR tokens were bought and sold as unregistered securities. The two founders were arrested in April 2018.

Centra claimed during the ICO, its customers could use their “Centra card” product to spend crypto using their conventional Visa or Mastercard debit cards, according to court documents. CTR was an ERC-20 token built on the Ethereum blockchain. No actual business relationship between Centra and the card companies appears to have existed, and investors contacted the company founders to request a refund based on that misrepresentation.

Mayweather and Khaled are being drawn into the suit for their roles as celebrity endorsers of Centra’s product. Centra’s founders Robert Farkas, Raymond Trapani, and Sohrab “Sam” Sharma, lied about paying both celebrities to endorse and promote their product, according to court documents made public by the SEC, which read:

“When he was contacted by a Fortune magazine reporter about the celebrity promotions of Centra, Trapani claimed that two well-known celebrities had each been hired as a “managing partner” of Centra. When the reporter asked whether several posts to social media by one celebrity were part of a sponsorship or paid advertisement, Trapani responded, falsely: ‘No [he] is an official brand ambassador and managing partner of Centra Tech now.’”

The suit also alleges that Farkas and Trapani knowingly undertook part in manipulative trading to boost CTR’s price in the lead up to their ICO, a common practice in scams used to generate interest in the product.

The suit names the three main defendants as Farkas, Trapani, and Sharma as well as their “respective agents, servants, employees, attorneys and other persons in active concert or participation with each of them,” which appears to include paid celebrity endorsers.

As mentioned previously, TMZ did not link to the source of the new lawsuit. Both Floyd Mayweather and DJ Khaled are not named in the original class-action lawsuit from December 2017. We will update this article with further details as they become available.