Why are Celebrities Getting Involved in ICO’s? Eliot Prince · 5 years ago · 4 min read
This article is more than 2 years old...
News › ICOs

Put a celebrity’s name on something, sell loads of it: Job done. 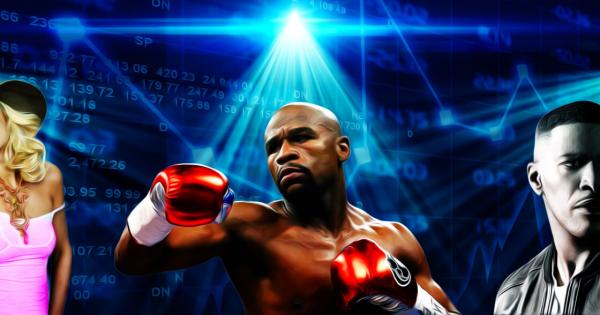 Put a celebrity’s name on something, sell loads of it: Job done. The simplest marketing strategy ever invented. Michael Jordan sells the sneaker and George Foreman sells the grill. So how do we tell the uneducated masses about cryptocurrencies? See the formula above.

Celebrity-backed Initial Coin Offerings entwine the latest media buzz in the cryptocurrency space. Various superstars have thrown their names into the ring via social media, backing their chosen coins and startups.

There is no doubt that the likes of Paris Hilton, Floyd Mayweather and Jamie Foxx putting their names to the cryptosphere pushes it out in front of the public, but it sure does raise a lot of questions.

What is an ICO?

ICO literally stands for Initial Coin Offering which is very similar to the more traditional Initial Public Offering (IPO). Instead of buying shares in a company investors exchange cryptocurrencies, usually Bitcoin or Ether, for crypto tokens (new currency) in the new company or technology.

It is a quick way for companies to raise large funds, although this new way of investing is incredibly risky and, like standard currency, littered with scammers looking to get rich quick. The minimal amount of regulation surrounding ICO’s have left many likening it to the Wild West.

If you’re going to join the ICO bandwagon you might want to do a little more reading than what you see on Instagram.

What business have celebrities got promoting ICO’s?

You might have seen him refer to himself as Floyd ‘Crypto’ Mayweather in recent months. Thanks to his little play date with Conor Mcgregor, the boxer is one of the highest profile men on the planet in 2017.  His rejuvenated profile is one case of a celebrity-backed ICO, as he has repeatedly posted on social media about the Hubii ICO.

While Hubii, which is looking to distribute tokens via smart contracts for use of online content, is a legitimate-sounding option, there are many eyebrow-raising offerings, and one has to wonder if some celebs know what they are promoting.

Paris Hilton, who many would argue does not represent shrewd investment advice, recently took to Twitter as she backed LydianCoin.

What she was gaining out of this tweet isn’t clear, but one imagines there’s some profit to be made. The tweet did put the little known ICO on the map, thrusting LydianCoin into the headlines. Paris has since started to distance herself from that ICO, probably due to ongoing legal battles.  Her quiet deletion of tweets possibly points to a less than well-thought out decision.

Jamie Foxx was also quick to follow into cryptocurrency, as he appears to ‘believe’ in Cobinhood.

While rapper ‘The Game’ talks of Paragon Coin which is an even more nervy investment choice.

Preparing a cannabis revolution with blockchain. @JessVerSteeg and I will tell you more about our upcoming ICO on August 15th @paragoncoin pic.twitter.com/xjGS9qAEF2

There are two ways of looking at this, two sides to the “coin,” if you will.

The Positive: Bringing cryptocurrency and blockchain technology into the mainstream media and public consciousness has got to be a good thing for anyone wanting the technology to succeed.

Celebrities endorsing products is clearly powerful; remember Michael Jordan and sneakers? But if you open your wallet and see Benjamin Franklin or the Queen on your bank note, could you really predict Floyd Mayweather on your cryptos?

The Negative: While having the Queen on a banknote gives it some validity, having a celebrity on a cryptocurrency is not a great stamp of approval. Many experts are pointing towards an ICO bubble that will blow up in people’s faces.

Despite famous names promoting these token sales, this should not be taken as a sign of trust in the offering. With many people just looking to get rich quick it can’t be long before we see a high profile name being stung by the repercussions of a dodgy ICO.

Who is behind this ICO promotion?

The Mayweather and Hubii deal gave birth to a new business opportunity now known as Crypto Media Group. It seems the company originally came into existence in order to facilitate this promotion.

Crypto Media Group company CEO and Founder Logan Schauer is looking to bring crypto investments ‘to the masses’ and is doing this by bringing together celebrities and cryptocurrencies. Schauer told Vice News:

“Our goal is to take [the ICO market] from this very small industry of cryptocurrency-focused investors and take it to the masses. We want to help the market transition from where it is now—word-of-mouth spreading through the crypto community—and we want to bridge that gap to the mainstream world.”

They pose as a new marketing method for blockchain startups but their niche is a tried and tested technique of distributing celebrity endorsement throughout social media.

Are people buying into Celebrity ICO’s?

It all feels a bit shoot from the hip and let’s see what sticks. The media attention has certainly benefitted some of these ICO’s that may never have seen the light of day. Many people are investing in a host of new options in the fear of missing out. We have all read the stories about Bitcoin millionaires, so why not take a chance on the next up and coming blockchain launch.

The problem is, how do you know where the money is?

Talk to any knowledgeable cryptocurrency investor and they will tell you to stay away from celebrity-backed ICO’s. People have made money, but more will lose money especially those who put their financial trust in Paris Hilton.

There are missing regulations, grey areas and straight up daylight robbery to be aware of, by all means, keep up with the latest trendy coins but do your own research before investing.