Financial analyst thinks Bitcoin could hit $100,000 in the next nine months

Bitcoin has undergone an extremely strong rally since the March low of $3,500. 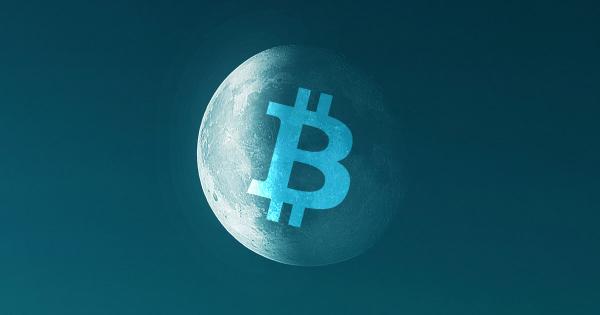 Bitcoin has undergone an extremely strong rally since the March low of $3,500. At the recent all-time highs of $19,950, the coin was up around 470 percent from its March lows. It is the best-performing macro asset since mid-March, unless you count Ethereum.

Still, analysts think that Bitcoin has further to rally in the months ahead, citing macroeconomic factors set to drive parabolic growth in this nascent space.

Dan Tapiero, a macro investor and gold bull that over the past year has embraced cryptocurrency, recently said that he thinks BTC will rally another 500 percent in the next nine months:

Tapiero’s comment comes in spite of the fact that he himself is a big Bitcoin bull, expecting monetary inflation and a dropping U.S. dollar to drive extreme growth in the crypto-asset markets.

Financial analyst and author Preston Pysh begged to differ, writing that he thinks “9 months is exactly what it’ll take for the next 500%. End of August 2021.”

While Pysh did not explain his thought process here, he has explained it in podcasts and other tweet threads where he discussed the outlook of the leading cryptocurrency in today’s world.

Much of his bullish sentiment boils down to the Stock to Flow model, created by the pseudonymous analyst “PlanB.”

For those that do not know, the model suggests that Bitcoin’s price action is somewhat correlated with the inverse of the inflation rate, the “stock-to-flow ratio.” The ratio recently underwent a strong surge as a result of May’s block reward halving. The model predicts Bitcoin will hit $100,000 by the end of December 2021 at the latest. This is in line with Pysh’s comment about the asset hitting $100,000 by August.

Pysh is far from the only one expecting further exponential growth in the coming cycle.

Woo’s optimistic sentiment is in line with certain on-chain trends he follows, such as the “re-accumulation” currently taking place in the Bitcoin market. Woo noticed that prior to the previous bull market that took BTC from the $500 region to $20,000, he noticed a similar trend.

The current market on average paid $7456 for their coins. You all are geniuses. pic.twitter.com/5t1pHXwE0b

Others sharing the belief that Bitcoin will rally past $100,000 in the coming years include Tyler Winklevoss, CEO of Gemini and a Bitcoin billionaire, and Raoul Pal, a Wall Street veteran.