A famous newsletter says Bitcoin prices are more noteworthy than the yellow metal in today’s world. 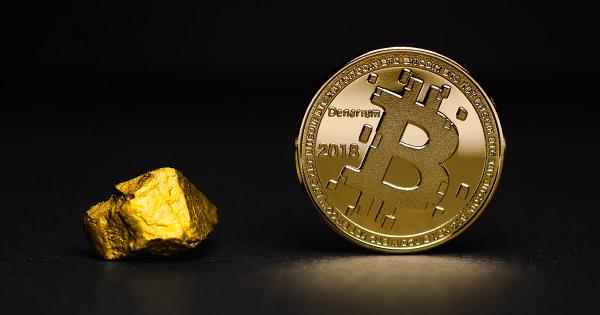 Business newsletter Morning Brew replaced the prices of gold with those of Bitcoin on the ‘markets’ section on its website, it announced in a tweet today. The site is one of the most-read on the planet and publishes short, digestible stories on business, finance, and investing.

“The time has come. We have finally added Bitcoin to our markets section, replacing the price of gold,” said Morning Brew in a tweet.

The time has come

We have finally added bitcoin to our markets section, replacing the price of gold

here is why we made the switch pic.twitter.com/RWWUzEmzOv

It, however, said that the move was not particularly an endorsement of Bitcoin, but rather an acknowledgment of the changing world of finance and the role that Bitcoin played in the newer ecosystem. “It’s simply a recognition that finance, just like anything else, is changing, and our newsletter should reflect that,” the site said.

As per the firm, its main reason for doing so was nothing philosophical or jargon-driven, but rather a simple update to keep up with the times.

“Its (Bitcoin’s) price is noteworthy,” explained Morning Brew in a different tweet, adding that BTC had grown tremendously as an asset class over the last decade and had earned wider acceptance among “Fortune 500 companies, institutional financial firms, and individual investors alike.”

We think our Markets section will be more relevant with bitcoin in it.

By the way, this is not an endorsement of bitcoin—It's simply a recognition that finance, just like anything else, is changing, and our newsletter should reflect that

The reasons are not far-fetched. Several hedge funds, investors, and technology firms have chosen Bitcoin over gold in the past year to capitalize on a bigger upside while supposedly protecting against the perils of over-inflation and an overall bleak economic outlook.

Investors like Paul Tudor Jones started buying Bitcoin futures back in May 2020, while technology firms like business software maker MicroStrategy and payments firm Square started allocating their treasury funds in a big way to Bitcoin in the past year.

"Inflation was 36.1%, which was at least lower than the 53.8% of 2019. Inflation is expected to reach 48% this year." Argentina has a population of 45 million, and for each one of them, #Bitcoin has become a moral imperative.https://t.co/KpvSRpgaU2

Of all companies buying Bitcoin, electric carmaker Tesla and MicroStrategy have picked up the most Bitcoin in both dollar and BTC terms. The former stated it purchased over $1.5 billion worth of the asset in February 2021 and the latter has accumulated over 90,000 Bitcoin over several months throughout 2020 and 2021.

Even the governments of some American cities, such as Miami, are jumping on the Bitcoin bandwagon and considering newer regulations to attract talent, investments, and crypto businesses to set up in the region. Looking like a changing world indeed with that in mind.

Or as Morning Brew put it, “Now go ahead and party on bitcoin bulls, the day is yours.”