The country adopted Bitcoin as legal tender yesterday and wants to do something about its energy concerns. 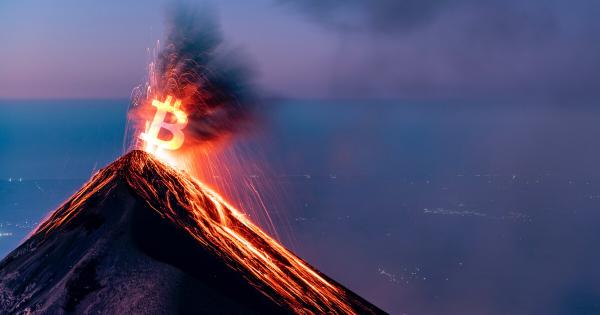 A geothermal pit dug beside a volcano will help power Bitcoin mining operations in El Salvador, the country’s president said in a tweet last night.

He added in a follow-up tweet, “Our engineers just informed me that they dug a new well, that will provide approximately 95MW (of energy)….Starting to design a full Bitcoin mining hub around it.”

Our engineers just informed me that they dug a new well, that will provide approximately 95MW of 100% clean, 0 emissions geothermal energy from our volcanos ?

Starting to design a full #Bitcoin mining hub around it.

What you see coming out of the well is pure water vapor ?? pic.twitter.com/SVph4BEW1L

Mining “proof-of-work” cryptocurrencies involve using up a massive computing system that solves millions of complex calculations each second to validate transactions on the Bitcoin network.

This requires massive amounts of energy for the maintenance, cooling, running of the machines. But some say as the source of this is via coal and fossil fuel-powered energy producers, it leaves behind a big carbon footprint for seemingly little benefit to the world.

Renewable energy sources have sprung up as a solution to this problem. Windmill farms, solar plants, hydroelectric generators—and now, volcanos—have all either in use or soon to be in use to mine cryptocurrencies like Bitcoin.

Such a move helps alleviate the many issues related to mining, and helps battle the energy concerns in a world that promotes greener, cleaner sources of power and human activity.

Until then, however, the FUD is coming. A speech by US senator Elizabeth Warren yesterday was the latest instance of a political figure criticizing mining activity.

“Bitcoin requires so much computing activity that it eats up more energy than entire countries. One of the easiest and least disruptive things we can do to fight the #ClimateCrisis is to crack down on environmentally wasteful cryptocurrencies,” she said.

Bitcoin requires so much computing activity that it eats up more energy than entire countries. One of the easiest and least disruptive things we can do to fight the #ClimateCrisis is to crack down on environmentally wasteful cryptocurrencies. pic.twitter.com/derGr1bjuq

But some like BlockTower founder Ari Paul had a quick comeback to that, “Social media uses more electricity than bitcoin.  You could do more for climate change by not tweeting.”

The tiny country wants to recognize Bitcoin as ‘legal tender.’ And there’s some more perks for those looking to move.

What happens when Bitcoin is legal tender in a moderately sized country known for its agricultural trade?

A giant leap for mankind? 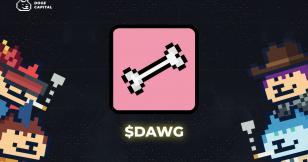 Guwahati, India, 4th December, 2021, Chainwire — When the world is fixated on Apes, whales and other NFTs, the most famous of all memes, the one that started a whole new revolution within cryptocurrencies, remains largely ignored.