The recent volatility in the crypto markets has led the price action of major altcoins like Ethereum to form a close correlation to that of Bitcoin, which means that the aggregated market has fallen into a bout of sideways trading over the past couple of days. 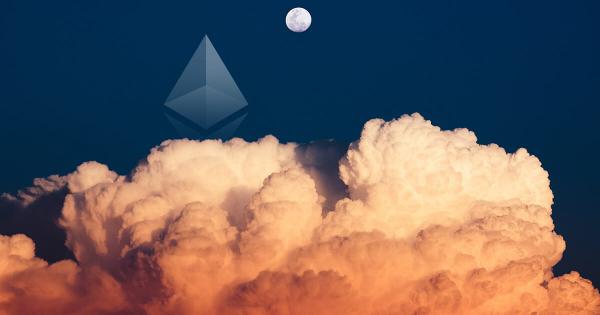 The recent volatility in the crypto markets has led the price action of major altcoins like Ethereum to form a close correlation to that of Bitcoin, which means that the aggregated market has fallen into a bout of sideways trading over the past couple of days.

One popular analyst is now noting that Ethereum is close to confirming a break above a key technical resistance level, which could mean that it will soon incur significant upside that allows it to outperform Bitcoin in the coming weeks and months.

At the time of writing, Ethereum is trading up just under 1 percent at its current price of $185, which marks a slight climb from its daily low of $182 that was set yesterday.

ETH’s bulls did attempt to push the cryptocurrency up towards $190 earlier today, leading it as high as $188 before sellers stepped up and forced its price back down to its current levels.

In the near-term, it is probable that $190 will continue to be a level of resistance for the cryptocurrency, as this is the price at which it was rejected on multiple occasions in the time since late-October.

In spite of Ethereum’s correlation to Bitcoin’s price action in the short-term, one analyst is now pointing out that ETH — unlike Bitcoin — close to breaking above its Ichimoku Cloud resistance, which could help catalyze a price rally.

SmokeyXBT — a popular cryptocurrency analyst on Twitter — spoke about this in a recent tweet while referencing a collection of charts that illuminate just how close Ethereum is to piercing above the Ichimoku Cloud that has been acting as resistance. He bullishly stated:

“Prediction: $ETH will outperform Bitcoin for the next couple weeks, maybe months.”

Ichimoku clouds are a charting indicator created by Goichi Hosoda, a Japanese trader, that wanted to create a quick and easy way to look at a chart and be able to tell what is going on.

Assuming that Ethereum’s buyers are able to push it above this resistance level in the near-term, ETH may soon incur an anomalous price rally while the aggregated market continues to consolidate.