According to the latest DappRadar report, the Ethereum dapp ecosystem has been flourishing in the second half of 2019, with user numbers across almost all categories seeing a huge rise since June. 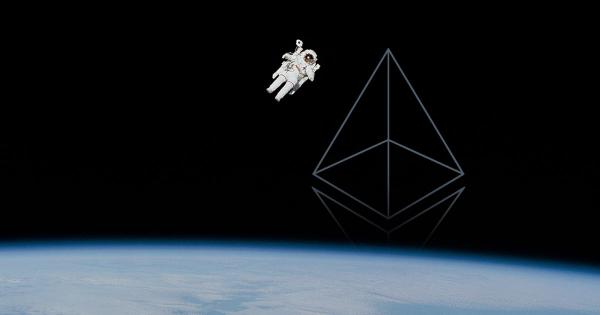 According to the latest DappRadar report, the Ethereum dapp ecosystem has been flourishing in the second half of 2019, with user numbers across almost all categories seeing a huge rise since June. DeFi stood out as the category with the most growth, seeing its user numbers rise by 529 percent this year, putting the 195 percent rise seen by games and marketplaces to shame.

While Ethereum, the world’s second-largest cryptocurrency and blockchain network, certainly hasn’t been the worst performer of the year, it failed to deliver any significant improvements this year. A declining price and a massive loss of confidence in the network have put a toll on the system, which seemed to be a punching bag for Bitcoin maximalists for the better part of the year.

However, while ETH itself was struggling, the dapp ecosystem within Ethereum was flourishing. According to the latest report from DappRadar, it has been the most popular blockchain to deploy decentralized applications on. The report found that every dapp category experienced significant growth either in daily activity, user base growth, or both.

One outlier in the overall growth trend was decentralized finance (DeFi):

“The headline success was in the DeFi category, which although remaining small in terms of users, experienced spectacular growth in terms of the value of asset secured.”

According to the report, the number of unique active wallets interacting across all Ethereum dapps on a daily basis rose 118% to over 19,000 by mid-December. While most of this growth happened during the first half of 2019, it hit the yearly high of 22,500 in early December.

DeFi apps saw the biggest growth in 2019, despite accounting for only 6 percent of the overall user base. DappRadar found that daily active unique wallets in the DeFi categories rose by 529 percent since the beginning of the year.

Games and marketplaces, which accounted for more than half of overall daily activity in the Ethereum dapp ecosystem saw a user base growth of 195 percent.

While user activity is a good indicator of a dapp category’s popularity, its significance can also be measured in another metric—token value. To get a better understanding of the ecosystem, DappRadar began following not just the volume of ETH in the ecosystem, but also the volume of all ERC20 tokens on the network.

This led to some interesting conclusions, the main one being just how undervalued the dapp ecosystem is. The total value of ETH tokens for all Ethereum dapps during 2019 was $1.8 billion, up 202% in terms of USD value, the report found.

However, the total value of ERC20 token activity in the second half of the year alone was $7.2 billion, up 166 percent.

Another outlier was the games and marketplaces category, which accounted for less than 1 percent of the total value of the ecosystem. The category saw its token activity increase by 87 percent in just six months, showing that they didn’t have to generate significant value to attract more active users.

Will Ethereum’s “parabolic” DeFi growth be the main factor of ETH recovery?