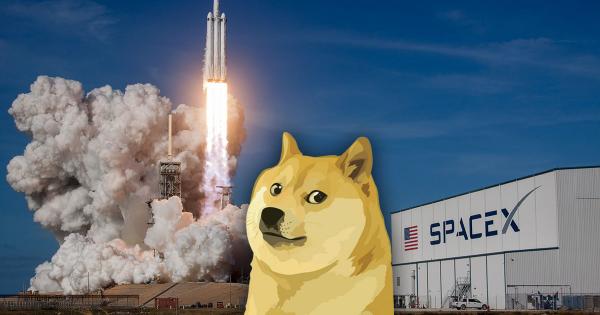 If you said Dogecoin would be accepted by one of the world’s largest private space companies last year….well, no one would have actually said that.

Except that today it became a reality. SpaceX, the Elon Musk-owned space exploration and transportation company will be paid entirely in Dogecoin for a commercial payload to the moon on its Falcon 9 rocket.

“SpaceX launching satellite Doge-1 to the moon next year. Mission paid for in Doge. 1st crypto in space. 1st meme in space,” wrote Musk on Twitter, attaching a “To the Moon” song featuring a Shiba Inu dog.

SpaceX launching satellite Doge-1 to the moon next year

The payload belongs to one Geometric Energy Corporation, which announced yesterday that it would collaborate with SpaceX on the DOGE-1 Mission for sending a 40kg miniature satellite early next year.

“Having officially transacted with DOGE for a deal of this magnitude, Geometric Energy Corporation and SpaceX have solidified DOGE as a unit of account for lunar business in the space sector,” said Geometric Energy’s Chief Executive Officer Samuel Reid in a statement.

The company added that DOGE had proven to be a fast, reliable, and cryptographically secure digital currency that can operate even when traditional banks cannot and is sophisticated enough to “finance a commercial Moon mission in full.”

“It has been chosen as the unit of account for all lunar business between SpaceX and Geometric Energy Corporation and sets precedent for future missions to the Moon and Mars,” it added, and not in a joking manner at all.

Literal Dogecoin on the literal moon

The move comes months after Musk said on Twitter that SpaceX would put a literal Doge on the moon.

SpaceX, on its part, is not joking around either. “This mission will demonstrate the application of cryptocurrency beyond Earth orbit and set the foundation for interplanetary commerce,” said SpaceX Vice President of Commercial Sales Tom Ochinero in a statement.

This is the first transaction in which Doge, a token founded in 2013 as a joke, will be used for something beyond tipping and raising small amounts of money. And what a transaction it is indeed. 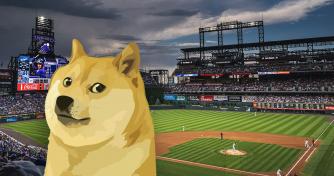 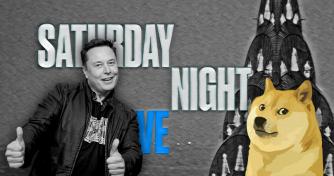 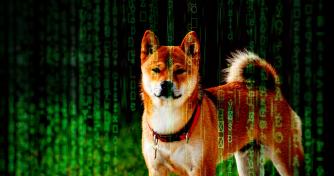