Economist claims a $500,000 Bitcoin would be disastrous for CO2 emissions 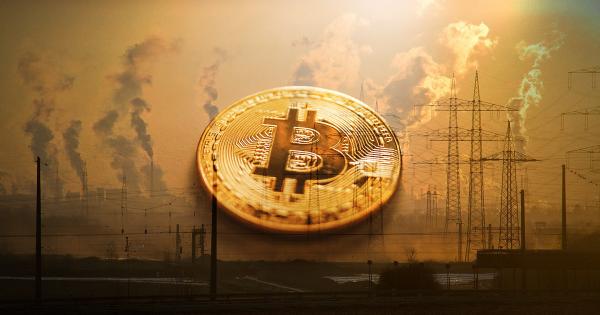 The founder of Digiconomist, Alex de Vries, predicts that, in the long run, the cost of mining a Bitcoin will rise to the price of a Bitcoin. de Vries was referring to economic theory, which states competition will drive profits down over time.

de Vries, whose website studies the consequences of digital trends from an economic perspective, says, under this scenario, competitive mining will generate further environmental damage by producing more carbon dioxide.

What’s more, the knock-on effects of (say) a $500,000 Bitcoin would compound the issue, leading to an environmental disaster.

But with others claiming the BTC network already runs on majority renewable sources, is this report simply another FUD attempt to crash the Bitcoin party?

Since bottoming at $29,800 in mid-July, Bitcoin has posted a strong recovery. More so this past week as bulls wind up in the hopes of taking $50,000 – a key psychological price level.

With that, talk of crypto winter has all but disappeared, and the prospect of a $100,000 end-of-year price seems like a real possibility.

Indeed, Bitcoin’s bullish moves of late have set off a wave of lofty price predictions. Including a $300,000 end-of-year target from on-chain analyst Willy Woo. All the way through to Dan Held’s extreme $9.5 million per token price prediction at some point in the future.

However, should the price of Bitcoin approach these sky-high levels, de Vries and others fear the network’s carbon footprint would expand to calamitous proportions.

The environmental cost of a booming BTC price

It follows that the laws of supply and demand will push the price of BTC up, increasing mining revenue and profitability, as it becomes increasingly scarce over time.

In turn, this will attract more miners to join the network, pushing up mining difficulty, and in the long run, make an already competitive endeavor even more competitive, thus less profitable.

Nonetheless, by de Vries calculations, the dynamics involved with a $500,000 Bitcoin price would produce 617 million metric tons of CO2 a year – an amount far greater than most individual countries.

“That volume exceeds the footprint for Australia by 56%, Brazil by 40%, South Africa by 40%, and Mexico by 33%. Bitcoin mining would be spreading 70% more carbon gases annually than the United Kingdom’s 352 million metric tons.”

As serious as that seems, questions over de Vries claims exist. For example, a 2019 study by CoinShares estimates almost three-quarters of the Bitcoin network runs on renewable energy.

If so, this would largely negate de Vries’ claims of a CO2 disaster.