German authorities have learned about crypto recovery the hard way. 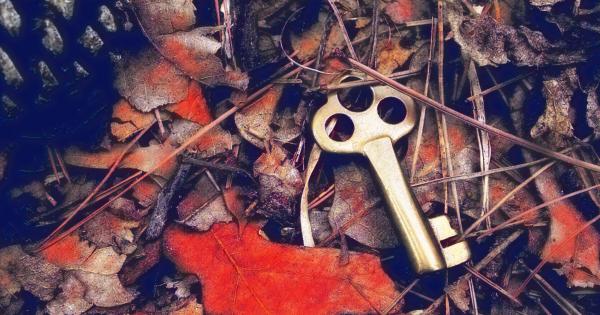 German authorities have learned about crypto recovery the hard way. A recent case saw them seize over $60 million worth of Bitcoin from a fraudster….who never gave them the private key to the stash.

Not your keys, on your coins

A private key is a sophisticated form of cryptography that allows a user to access his or her cryptocurrency. This forms an integral aspect of bitcoin and altcoins, and its security make up helps to protect a user from theft and unauthorized access to funds.

This means that unlike fiat money and real-world assets, Bitcoin and a few other cryptocurrencies are fully decentralized and cannot ever be seized unless the private key is also in the owner’s/holder’s possession.

As per Reuters, the case saw German prosecutors confiscate more than $60 million worth of Bitcoin from a fraudster. The man was been sentenced to more than two years in jail for installing mining malware software on victim computers to illegally and illicitly utilize their computing resources to reap Bitcoin rewards.

That’s the point, isn’t it https://t.co/NRl0xUAvmR

Last week, he reportedly served his term—all while keeping mum about the private key, rendering the stash effectively useless to authorities. The stash was valued at much less when the man went to prison and has now become somewhat of a treasure.

As such, the police tried cracking the code repeatedly over the term to no avail. The wallet holds 1,700 Bitcoin. “We asked him but he didn’t say. Perhaps he doesn’t know,” said prosecutor Sebastian Murer in a statement yesterday.

For now, the German authorities continue to hold the Bitcoin and do not intend to return any of the ill-gained stash to the fraudster.

The problem of locked up Bitcoin

Locked up Bitcoin forms a huge part of the asset’s circulating supply: People, since 2010, have accidentally lost their private keys, lost a hardware wallet, or forget passwords to their fortune.

This means millions of dollars worth of Bitcoin are, effectively locked away perpetually with no sign of return.

For some, it’s a hard lesson. As CryptoSlate reported last month, Stefan Thomas, an early Bitcoin adopter and developer forgot the password to a Bitcoin fortune worth over $220 million.

Thomas locked his Bitcoin for safety years ago, but as time passed, he forgot both the private key and the backup to the private key. He tried brute-forcing the hardware wallet to no avail either.

But don’t feel very bad for people like Thomas just yet. He later worked for payments processor and XRP issuer Ripple Labs, where he cashed “out more money than he knows what to do with.” But others don’t have that same luck.