The notorious operators of an African crypto exchange made away with 69,000 Bitcoin. 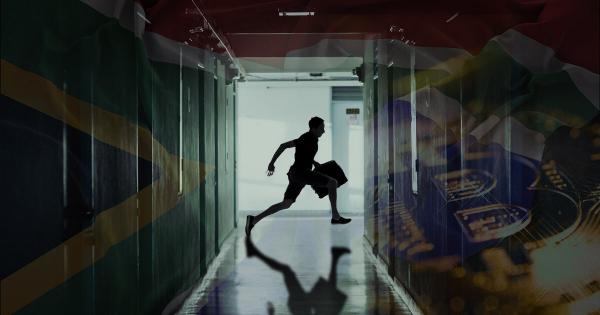 Two South African brothers made away with nearly 69,000 Bitcoin earlier this year, apparently running with reserves of ‘Africrypt,’ their own exchange platform, and bagging one of the biggest crypto heists in dollar terms ever.

Africrypt was set up in 2019 and advertised “bumper returns” for investors. But those hopes didn’t take long to turn into broken dreams.

Would you hand over your money to a 19yo & a "personal equity trader"? But wait, what if the 19yo had 5 distinctions in matric?

RaeCreate was "incorporated in Hong Kong", domain was a Durban address. pic.twitter.com/cbuEyfem1y

The troubles started back in April when Ameer Cajee, the elder brother, told clients that the company fell victim to a hack. Cajee told clients to not report the incident to authorities at the time, citing an extended recovery process if the cops were involved.

But that did little to subside client fears. “We were immediately suspicious as the announcement implored investors not to take legal action,” said legal firm Hanekom Attorneys, the legal team appointed to work on the case. “Africrypt employees lost access to the back-end platforms seven days before the alleged hack,” it added.

Calls made by the lawyers to both Cajee and Raees Cajee, his younger brother, went straight to voicemail. The company website is non functional at the moment, and all employees remain in the dark as well.

Also, please don't go the legal route or it will take longer to get your money back.

How tf are you going to "retrieve" stolen crypto? Even the excuse letter was badly thought out. pic.twitter.com/1Ew8vUOHBT

During investigations, Hanekom Attorneys found Africrypt’s pooled funds were transferred from its South African accounts via “tumblers” and “mixers”—software which jumbled up Bitcoin addresses to make them ‘untraceable’—and the use of other Bitcoin pools.

The stash—worth $2.3 billion today—was worth over $4.4 billion during Bitcoin’s price peak of $64,000 in mid-April. It is many multiples of South Africa’s $140 million daily trading volume and comes as a jolt of shock to local lawmakers, many of whom have been scrambling to regulate the crypto scene in the country recently.

As such, the Africrypt case comes months after the operators of another South African company, Mirror Trading International, made away with over 29,000 Bitcoin, or over $1.2 billion last year.

Meanwhile, local authorities are said to be on the lookout for the brothers, but the duo seem to have vanished without a trace thus far. Hawks, an elite unit of the national police force has, however, been informed about the matter, and international crypto exchanges have been kept in the loop as well for any suspicious Bitcoin withdrawals.