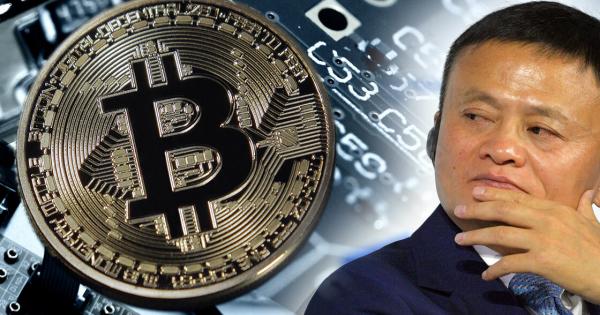 Speaking at a forum at the second World Intelligence Congress held in Tianjin on the 16th of May, the Alibaba Group Holding Ltd founder — who holds a personal fortune estimated at over $42 billion — emphasized the importance of the underlying distributed ledger technology that drives Bitcoin, rather than the currency itself:

Ma expressed dissatisfaction with the manner in which the blockchain technology behind Bitcoin is being used, joining the ranks of blockchain maximalists such as Vitalik Buterin, recently stated he believes most altcoins are overvalued.

Ma’s latest comments on the utility of blockchain technology mirror similar statements made in November 2017, when the Alibaba founder discussed cryptocurrencies at the “Dialogue with Jack Ma” event in Shanghai.

“We should be cautious about Bitcoin. Its underlying technology, however, is really powerful. I pay more attention to a cashless society and the blockchain technology. And I am not shameful that I don’t know about Bitcoin.”

While Ma may be disappointed that blockchain technology is being used primarily in the pursuit of profits, Alibaba is not averse to leveraging the benefits it offers. In January this year, Alibaba was rumored to have invested in a new cryptocurrency mining platform called “P2P Nodes,” with the tech giant registering a number of trademarks for a new blockchain venture referred to as “‘Ether Lock” and “Ethernet Lock.”

The announcement of the platform, however, was swiftly followed by a post by the company on Weibo — a highly popular Twitter alternative in China — that Alibaba would not “create virtual currencies,” and will not provide “mining platforms.” The P2P Nodes website was subsequently shut down in a move attributed to the ongoing crackdown on cryptocurrency mining by the Chinese government.

The apparent cancellation of the Alibaba crypto mining project appears to be at least partly driven by Ma’s position on cryptocurrencies:

“Alibaba has been working on blockchain for several years, and when Alibaba first started investing in the blockchain, I didn’t understand what blockchain was at that time, but I heard that it can solve data security and privacy issues, therefore Alibaba began to invest in blockchain”

The Alibaba cryptocurrency mining project appears to be on hold indefinitely, but mining isn’t the only aspect of the blockchain ecosystem Alibaba has been investing in. Alibaba ranked first internationally for blockchain-based patent applications over the last year and holds the most patents for blockchain technology globally, according to a joint report issued by IPRDaily and the incoPat Research Center for Innovation Index.

“Social networks may not need blockchain, but we are doing internet finance in which we process trillions of trading volume. We have to turn to blockchain, otherwise it would be fatal.”