Silbert weighs in on the Dogecoin phenomenon saying he doesn't hold hope that it can recover. 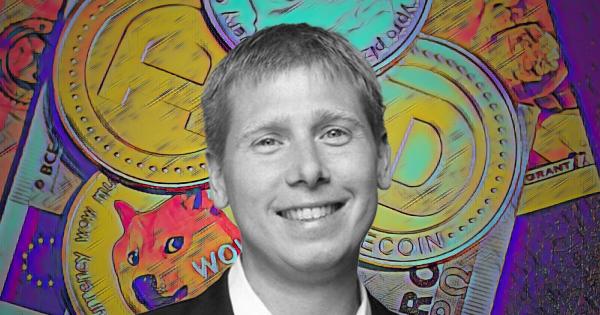 Barry Silbert isn’t holding back in saying how he feels about Dogecoin. In several tweets earlier today, the founder of crypto conglomerate Digital Currency Group (DCG) praised the passionate community, adding that the controversial meme token isn’t going away, but stated DOGE was grossly overvalued.

i'm truly excited to see what doge can become over time. it certainly is not going away and has one of the most passionate communities. but it is not worth $37 billion. sorry

As such, the community is firmly split on the legitimacy of Dogecoin. While its year-to-date performance is no joke, currently up +6,000%, the crypto purists argue that DOGE’s lack of fundamentals, more so its ill-defined use case, puts it squarely in the shitcoin camp.

But with prominent figures trying to build a payment use case, is this about to change?

Billionaires building a use case for Dogecoin

Both Elon Musk and Mark Cuban have previously pushed the idea of using Dogecoin for payments. Cuban, in fact, already started accepting the memecoin at NBA team Dallas Mavericks earlier this year.

Dogecoin found favor as a tipping method to show appreciation for creators and social media posters in its early days. But more recently, given its phenomenal growth, which peaked at $93 billion earlier this month, making it more valuable than BP  and British American Tobacco, the search for a more solid use case began to take hold.

Musk claims to be in touch with Dogecoin developers to make the token faster for regular payments. At the same time, Cuban is driving the payment use case, in conjunction with U.S payment provider BitPay, by making it easier for merchants to get on board.

However, in a Twitter spat initially about Bitcoin’s flat weekend performance, Silbert laid out his prediction for the Dogecoin market cap, saying it’s going back below $1 billion.

Despite the pushback from Dogecoin fans, Silbert held firm, saying DOGE is a flash in the pan that will lose momentum as top buyers continue sustaining losses.

“You’re being naive. DOGE is the ultimate momentum, gamble trade. once the momentum is gone and the current holders take a bath on the trade, they’ll move on to the next one. they’ll learn there are many other/better ways to make 10x,” he stated.

He said he’s excited to see what will become of DOGE but signed off by saying it’s not worth its current market cap of $37 billion.

Earlier this month, at the height of Dogecoin’s all-time high market cap, Silbert announced he had taken a short position on DOGE, as he predicted its price would go down.

Okay $DOGE peeps, it's been fun. Welcome to crypto!

So far, that is a bet that’s paid off. Since the announcement three weeks ago, DOGE has lost 54% of its value against the dollar. In comparison, its performance against Bitcoin has fared better, having lost 29% compared to the leading cryptocurrency.

The question on everyone’s mind is, are further drops incoming? 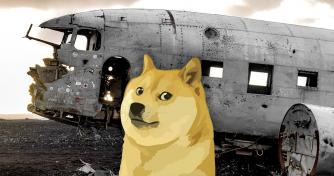 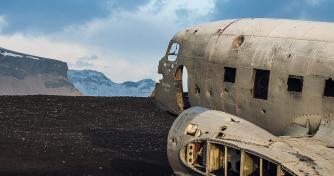