In the first 5 days of the year, DeFi’s TVL has risen by roughly 4% which is roughly $10 billion. 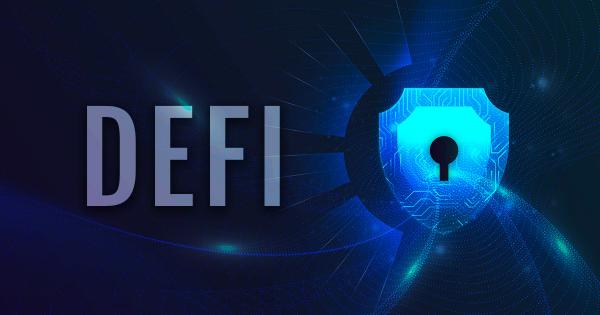 Photo by freepik on freepik.com

Towards the end of last year, the total value of assets locked in decentralized finance plunged to around $230 billion.


However, since that low, the space has seen a steady rise of up to 12% in its TVL, with the first four days of this new year accounting for 4% of the rise — an early indication that DeFi is starting the year strongly.

According to available data from DeFiLlama, DeFi’s TVL stood at $228.13 billion as of December 11 but the figure had risen to $245 billion by January 1 and as of press time, it had risen to $256 billion. This means that the space TVL has gathered over $10 billion within the first 5 days of this year.

A cursory look at the data will reveal that Ethereum leads with $160.96 billion across 383 protocols, followed by Terra with $19 billion. Binance Smart Chain (BSC) is third with $16.57 billion across 265 DeFi protocols.


Other notable blockchains with massive TVL include Fantom with $6 billion while Osmosis recently crossed the $1 billion mark. The remaining balance is shared across other blockchains.

DeFi Protocols contributing to the TVL

Surprisingly, the seven leading smart contract blockchain platforms like Ethereum, Solana, Cardano, Polkadot, Terra, Avalanche, and Polygon have had a slow start to the year while other platforms like Chainlink, Algorand and Near, are among the top gainers with +5.3%, +3.2%, and +12.6%, respectively.  In fact, FUSE is the biggest gainer, with 183.6% in the same timeframe.