With DeFi protocols developing at a rapid pace, will this summer be remembered as an invigorated catalyst for the future of finance? 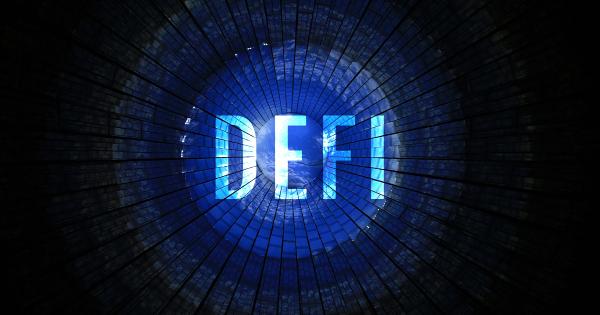 Before the summer of 2020, DeFi was hardly on anyone’s radar. This was understandable given its under-one-billion-dollar TVL at the time, which represents a market cap that even a meme coin could surpass in a matter of months. Since then, from May 2020 to May 2021, an entirely new financial infrastructure has been created, boasting spectacular growth at over 7,250%.

However, even today, with DeFi at $68 billion TVL and an estimated 2 million users (unique addresses), this is a drop in the ocean compared to the all-encompassing centralized finance as we know it. In other words, decentralized finance using blockchain and smart contracts to remove the corruption and cost of mediators represents merely 14% market cap of a single bank like JP Morgan.

Nonetheless, it would be foolish to gauge DeFi in such crude terms as how much money it currently has locked in. Even JP Morgan would disagree with this approach. Just recently, the world’s largest bank made it clear in no uncertain terms that it views DeFi as its biggest competitor:

Ethereum is largely responsible for creating DeFi from scratch. While there are other blockchains that are capable of executing smart contracts, Ethereum gathered a critical mass of developers and dApps (smart contracts) over the years to get DeFi where it is today. No doubt, Ethereum hobbled itself severely with skyrocketing gas prices, allowing Binance Smart Chain to pilfer its traffic, but this too is a temporary obstacle soon to be crossed.

When you consider the relatively high barrier to entry into DeFi, this further showcases its current success has been remarkable. Although hundreds of millions have grasped the concept of cryptocurrencies thanks to Bitcoin, such comprehension largely remains only on a superficial level. The DeFi ecosystem is far more involved, consisting of such concepts as:

While they are all easy to understand on their own, they build upon an existing layer of financial literacy. Unfortunately, consumer financial literacy revealed that 3 out of 5 Americans don’t keep a track of their budget, 7 out of 10 live paycheck to paycheck, and 4 out of 5 in the 18-35 age bracket fail a financial literacy quiz. More importantly, over half of Americans report stress when even thinking about finances, according to a FINRA survey from 2018.

This alone represents a very high psychological hurdle to jump over because it infers the propensity to learn new information about a completely new kind of finance – DeFi. After all, if centralized finance already causes such stress levels, what can be said about an experimental one that is prone to frequent hacks?

To add to the mix, potential adopters are faced with a multitude of altcoins and DeFi protocols. They might even be taken in with Ethereum alternatives that are not truly decentralized, as many argue is the case with Binance Smart Chain (BSC) as it features only 21 network validators compared to Ethereum’s over 100k. Therefore, when we think of DeFi adoption, we should have realistic expectations.

With that said, it is safe to point out that DeFi is not going anywhere. The ecosystem brings serious value, even if it’ll take some time to be integrated into the world. Yet DeFi is already interfacing with existing financial infrastructure. For example, even the world’s top forex brokers are offering access to crypto through CFDs and other derivatives. Small business payment processing software such as Wave are now facilitating payment methods that accept crypto. Such interfaces provide DeFi with lanes yet to be tapped.

When a new technology is birthed, its ultimate commercial success depends on both external and internal drivers. Fortunately for DeFi, external ones have never been more conducive to its growth. In the wake of the pandemic fallout, the world’s largest central banks –the Federal Reserve and the European Central Bank (ECB) – have pulled all stops to increase the money supply and discourage savings.

While the American Fed had set the interest rate near zero, the ECB has been dabbling in negative interest rates since 2014. Central banks do this to encourage investments and capital flow instead of locking money in the form of savings. The problem is, we are now in the era of suspended economic activity – lockdowns – that has cut capital flow across a multitude of economic sectors.

In a nutshell, people are faced with powerful negative pressures to adopt an alternative in the form of DeFi:

In the EU’s economic engine – Germany – it is estimated that at least 300 banks are in the negative interest rate zone, charging clients to keep money in their savings accounts. At the same time, venues to spend this money are reduced due to lockdowns. Accordingly, Germany’s Central Bank reported an 850% savings increase on private household bank accounts, from last year’s $215 billion to $2.08 trillion this year.

As we have seen with Ethereum’s gas fees triggering an exodus to BSC’s PancakeSwap, financial incentives cannot be underestimated. In the DeFi space, instead of negative interest rates, one is welcomed with an APY (annual percentage yield) range that is unthinkable in traditional banking – between 5% to 15%. In fact, this range is quite conservative.

The DeFi protocol that initially kickstarted DeFi’s explosion last summer by introducing AMMs – Uniswap – is launching a v3 upgrade this week, on May 5th. This milestone upgrade includes a greater level of customization for yield farming, revolving around concentrated liquidity and capital efficiency. In the meantime, Ethereum – the underpinning of DeFi – is on its way to becoming scalable and cheap to use by transitioning into proof-of-stake, Layer 2, and sharding.

These upgrades are being gradually integrated, with the Berlin fork already completed and the London fork underway, overhauling Ethereum’s gas fees and mining rewards. Consequently, we are seeing a steep drop in ETH gas fees, clearing up congestion and opening more lanes for DeFi onboarders seeking to employ their savings.

Hunting for high APYs inevitably brings high risk. Exploits of vulnerabilities, pilfered crypto assets, and hacks have been all too common during the last year. A major cause of this is enthusiasm trumping precaution, both from developers and users. Consequently, this mainstreamed the practice of code auditing in the DeFi ecosystem.

For instance, the ambitious Equilibrium project offering pooled lending, decentralized trading, and synthetic asset generation, is seeking external code auditors. The fact this is happening on Ethereum’s rival – Polkadot as an interoperable blockchain – speaks of a welcome code-auditing trend. Already, a Smart Contract Security Alliance has been formed as a coalition of blockchain auditing firms to develop and enforce smart contract security standards.

Moreover, in the case a hack does occur, a number of DeFi insurance protocols have emerged: Nexus Mutual, Cover Protocol, Opium Insurance, to just name a few. This leaves us with a number of conditions superior to those from last summer: near-zero or negative interest rates, upscaled Ethereum and Uniswap, richer ecosystem thanks to NFTs, better coding and insurance practices.

Given these factors and current trends, it would be difficult to see how DeFi, by the end of next year, could be any less explosive in its growth.