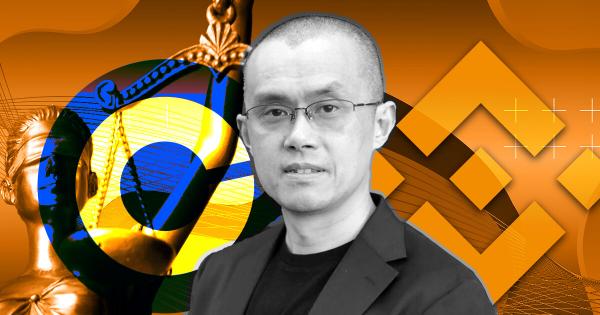 Binance hired its rival Kraken‘s chief of compliance and said it is looking to hire more personnel to work at its compliance department.

Steven Christie left Kraken to become Binance’s new senior vice president of compliance. He is leading a 750 people team in Binance, including the cyber investigations team.

Compute North, a Bitcoin (BTC) mining data center, has filed for Chapter 11 Bankruptcy. The company reportedly owes $500 million to nearly 200 creditors while having assets valued between $100 and $500 million.

The CFTC revealed that bZeroX was operating an illegal decentralized trading service from 2019 to 2021. Ooki DAO, on the other hand, faced federal civil enforcement action for allegedly offering illegal leverage and margin trading.

Celsius shareholders want their own legal representation in a bankruptcy case

Shareholders of the bankrupt Celsius Network want the company to dollarize the crypto holdings of its customers and pay them their shares.

The stakeholders argue that the Unsecured Creditors Committee is prioritizing the retail customers to ensure they get maximum value without considering the situation of the equity holders.

The International Revenue Service (IRS) has been legally going after M.Y. Safra Bank users, arguing that they failed to pay their taxes.

Former Secretary of State for Digital, Culture, Music and Sport Matt Hancock said the U.K. must adopt a long-term approach towards crypto.

“HMRC has taken a revenue-maximizing approach…applying it in a sledgehammer way… what we need to do is take a growth-maximizing view where revenues in the future will be far greater.”

Currently, the U.K. law treats crypto trading the same as other assets and imposes a fixed 20% tax rate on all capital gain.

This button will be visible to LUNC holders, and they can switch it on if they want to burn 1.2% of their LUNCs in each transaction.

CryptoSlate analysts published an exclusive report about the Fear-Uncertainty-Doubt (FUD) on Bitcoin transaction fees. The transaction fees tie the Bitcoin network together, and people who’d like to see Bitcoin fail rely heavily on FUD attacks.

The attackers are not random individuals on Twitter. Instead, we see that the World Economic Forum, national regulators, and central banks attack Bitcoin by claiming “it will consume more power than the entire world” or “it is not a secure network.”

Veritaserum claimed that several Coinbase services violated the patent and requested $350 million in compensation for its damages.

Ooki is a powerful and fully decentralized margin trading, borrowing, and lending platform with a ton of features.

END_OF_DOCUMENT_TOKEN_TO_BE_REPLACED

UNUS SED LEO (LEO) is a cryptocurrency token and operates on the Ethereum platform.

END_OF_DOCUMENT_TOKEN_TO_BE_REPLACED

TON is a third-generation proof-of-stake blockchain designed in 2018 by the Durov brothers, the founders of Telegram Messenger.