According to a letter to its clients from Pantera Capital – the first billion-dollar crypto fund, the holdings of the fund have recorded a loss of 22 percent in August and a 72.7 percent loss year-to-date (YTD). 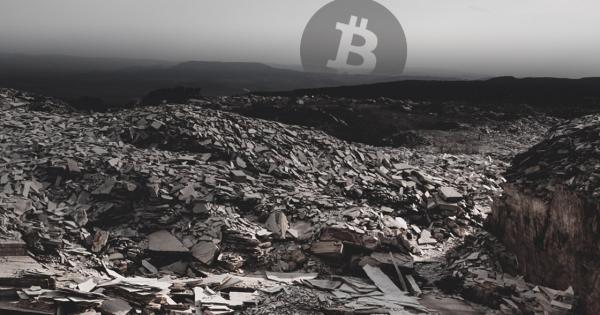 According to a letter to its clients from Pantera Capital – the first billion-dollar crypto fund, the holdings of the fund have recorded a loss of 22 percent in August and a 72.7 percent loss year-to-date (YTD).

The letter of Pantera Capital, publicly released by cryptocurrency researcher Collin Crypto, demonstrated that since December 2018, the inception of the fund, the portfolio of Pantera Capital declined by nearly 73 percent.

The firm has also invested in established cryptocurrency-related businesses such as Coins.ph, the largest digital asset brokerage and exchange in Southeast Asia that provides services to over 10 million users in the Philippines, Malaysia, and Thailand.

Why Did Pantera’s Portfolio Suffer so Much?

As a billion-dollar investment firm, it is difficult for Pantera to liquidate its holdings in an attempt to catch short-term uptrends and downtrends in the market without heavily affecting the cryptocurrency exchange market.

It is especially challenging for a large hedge fund to initiate in short-term trading of small market cap cryptocurrencies. Kyber Network, 0x, OmiseGo, and Basic Attention Token are widely recognized Ethereum-based ERC20 tokens with market valuations in the north of $400 to $500 million.

Sylvain Ribes, cryptocurrency trader, and investor revealed in his research that the actual daily trading volume of most cryptocurrencies are lower than their listed volume on market data platforms.

In a paper entitled “Chasing fake volume: a crypto-plague,” Ribes investigated the depth of the market by selling $50,000 worth of cryptocurrencies on leading exchanges to measure the “slippage” of each cryptocurrency.

In essence, Ribes attempted to measure to what extent a cryptocurrency would fall in value after a $50,000 sell-off.

“A bit of wash trading and artificial volume inflation is to be expected in a thoroughly unregulated market. What I did not expect was the magnitude of the fraud.”

“The chart is striking. It shows how, although all first three exchanges seem to behave rather similarly, OKex pairs, in red, all have a massively higher slippage with regards to their volume. Like I explained before, this can only mean that most of the volume OKEx claims is completely fabricated.”

“I was discussing bitcoin with an investor yesterday and he replied somewhat dismissively ‘It’s just like buying gold.’ No, it’s like buying gold in 1000 B.C. 99% of the financial wealth has yet to address bitcoin. When they do, bitcoin is either going to be worth zero or $5,000 /BTC. The current market price of $100 implies only a 2% chance bitcoin succeeds.”

Year-to-date, despite the decline in the value of Pantera’s portfolio, Pantera’s investment in Bitcoin is still up 6,500 percent since 2013.

As Morehead said in 2013, for large firms like Pantera, the long-term trend of crypto is of the highest interest. Investors in the fund nor the fund itself are likely not phased by the 70 percent drop in the cryptocurrency market.

In an unpredictable market like crypto, similar to how assets can lose 30 to 50 percent of their value overnight it is possible for the market to jump by a similar margin in a 24-hour period.

Pantera Capital Believes The Worst Is Over For Bitcoin