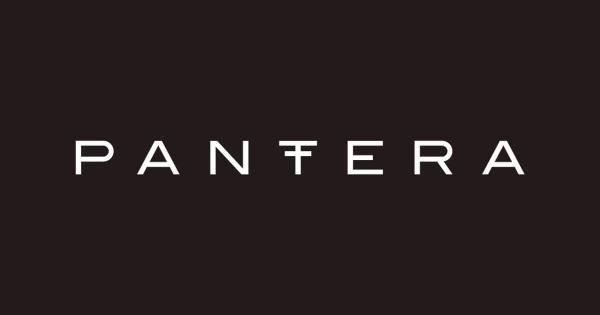 Pantera Capital is the United States’ first investment firm focused on blockchain technology. Back in 2014, Pantera announced a partnership with Fortress Investment Group, indicating “a significant step in the push to move Bitcoin into the financial mainstream.”

In a recent blog post, Pantera Capital addressed Bitcoin’s growing popularity over the past five years, and its most significant obstacles going forward.

Pantera was founded in 2003, originally focused on global macro hedge-fund investments – however, the firm turned its attention to Bitcoin and other cryptocurrency assets after partnering with Fortress Investment Group.

“I believe that a large fraction of the downward pressure in Q1 was unintended tax selling — people who were surprised when their accountant told them how much they owed in taxes. They then had to sell crypto to pay the bill.”

In an interview last month with CNBC, Morehead said he believes Bitcoin is showing a strong buy signal. Bitcoin has been growing at a rate of 165% per year for the past six years. Assets growing at that rate rarely dip below their 200 days moving average – but when they do, it is usually a good time to buy.

The CME Group and CBOE recently launched Bitcoin futures trading platforms, decisions that Morehead believes are incredibly beneficial for the crypto market as a whole because they will draw in more investors. According to Morehead, Bitcoin’s next step towards mainstream adoption is becoming a SEC regulated custodian.

Q: You stumbled very, very early, so you didn’t just jump onto this train. What’s holding back other institutions? Yours is well suited to opine on this, you’ve been running an institutional hedge fund business for a long time.

A: “Yeah, so there has been a lot of credentialization milestones, the biggest one recently is the CME and CBOE doing futures that helps bring in other investors. I think the last big one is a SEC regulated custodian. So when we launched our first fund, we had all the standard things you’d have in normal hedge fund, but you don’t yet have a regulated custodian. I think that’s the last piece, and some firms have announced they will do crypto-custody within the next, say, 12 months. I think that will be a very big moment.”

Bitcoin: Then and Now

Back in 2014, Bloomberg spoke with Morehead and Susan Athey of Stanford to discuss the possibility of Bitcoin someday replacing existing monetary systems. Four years later on April 26th, 2018, Bloomberg revisited the topic with the same panel members to discuss their past predictions.

Q: What has changed in the last four years?

A: “In 2014 we had just launched the first cryptocurrency fund in the U.S. That’s a perfect segue to four years later. We used to have one fund — with one product — that tracked one currency, and now we have four different products that trade 25 ICOs, and 25 liquid currencies, and 25 equity positions in blockchain oriented startups. It shows the massive expansion in this as an asset class.”

One thing that hasn’t changed as dramatically though, is the network’s transaction volume. Due to Bitcoin’s issues with scalability, the network hasn’t been able to support its growing user base accordingly – although, the network’s usage doubling every six months may not be the worst problem to have.

Morehead also noted the fact that blockchain is the first half-a-trillion dollar industry that no one – more specifically financial institutions – owns. Although, he mentioned he believes that is going to change in the coming 12-18 months.

“When we launched our first fund we did everything to take away reasons to say “No”. Ernst & Young auditors, Schulte Roth legal, SEI Administration — everything was absolutely bulletproof. The one box we couldn’t check, SEC-regulated custodian. That’s the one box you still can’t check five years later. There have been big firms like State Street that have announced they intend to do custody of crypto. When that happens that’s literally the last box checked.”

Prior to founding Pantera in 2003, Morehead was the Chief Financial Officer and head of macro trading at Tiger Management. He has also held numerous executive positions at varying financial institutions.

In an interview with Bloomberg, Morehead said his investment firm is “exclusively machine learning”. Pantera’s algorithm looks at their data to determine “which cryptocurrencies are cheap, and which currencies are rich”. Pantera’s data includes transaction volumes, fees being paid to miners, the number of users on the network, etc.

They also look at sentiment data, because markets are often driven by hype. According to Morehead:

“It’s Twitter, GitHub commits, all the people actually getting engaged in these currencies. And now there are 1,500 different projects out there, traded in 25 different languages, so it takes machines to read all of that.”

From an investment standpoint, Morehead advises against trying to pick the singular winner – rather, it’s best to diversify.

Morehead compared Bitcoin Maximalists to Yahoo! Maximalists back in the early ’90s during the .com era. Investing in Yahoo! and believing it was the only disruptive technology was foolish. Those who solely invested in Yahoo! missed out on Google, Facebook, Amazon, etc.

Nevertheless, Bitcoin’s adoption by the CME and CBOE should help draw in more institutional investors which will be beneficial in the long run for the blockchain pioneer.