Craig Wright, the self-proclaimed creator of Bitcoin and BSV pioneer, claims that the future of Bitcoin lies in big data centers as it was never envisioned as a payment system that works outside of the law. 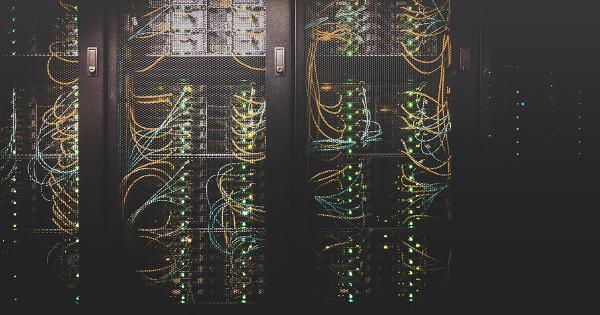 Photo by Taylor Vick on Unsplash

Craig Wright, the self-proclaimed creator of Bitcoin and BSV pioneer, claims that the future of Bitcoin lies in big data centers as it was never envisioned as a payment system that works outside of the law. In his latest blog post, Wright explained that the network should be controlled and secured by a small number of commercial entities and that freezing Bitcoins doesn’t go against its decentralization principles.

Wright dives deep into the issue of freezing bitcoins

Craig Wright, also the chief scientist at nChain, explored the issue of crime and money laundering within Bitcoin in his latest blog post.  He argued that Bitcoin was not designed to be an uncensorable, immutable ledger of transactions, but rather an electronic peer-to-peer cash system with tokens that can be easily tracked and censored.

“As a fungible digital token, Bitcoin perfectly aligns with all the rules of following and tracing.”

He explained that the introduction of the alert key in 2010, which enabled nodes, or miners, of illegal activity on the blockchain, is what allows bitcoins to be frozen. The alert key, he argued, does not require every single person running Bitcoin to hold, validate, or accept it. Instead, it only requires a small amount of “trusted” and powerful nodes to validate it.

The alert system was retired in 2016 due to various security concerns It was feared the key could be used to attack the network and the key was assumed to be compromised after Mt. Gox. attack.

This, Wright said, is in line for his original vision for Bitcoin—that it will ultimately end up in “large data centers,” not dispersed around the world across hundreds of thousands of nodes as proponents of Bitcoin Core believe.

Though Bitcoin remains to be dispersed around the world, the BSV pioneer might have Bitcoin SV ending up in centralized data centers.

According to Wright, Bitcoin’s maturity rate allows the nodes to easily freeze the coins they suspect were used in illicit activity. As coins found by a node are not valid to be spent until it is a certain number of blocks deep, this provides other nodes on the network time to orphan any block that contains frozen bitcoins that have been moved.

However, for this, a coordinated attack by majority miners is required and miners will be biting the hand which feeds them if they engage in such attacks.

He also claims that any node that builds upon a block containing bitcoins associated with a freezing order is also complicit in the illegal activity and is liable.

“Here lies the beauty of how Bitcoin grows at scale,” Wright wrote, adding that once Bitcoin reaches a high enough value, the system “always migrates towards data centers.”

“There is no other solution. A result is a small number of commercial entities that act to secure the network.”

He claims that BTC is not able to handle neither the number of transactions nor offer the security that BSV can.