An association of FDIC-insured financial institutions launched Wednesday, with a mission to build a network of banks to further the adoption and interoperability of a bank-minted stablecoin. 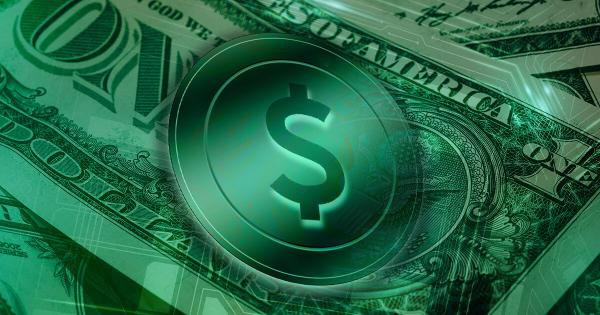 A consortium of U.S. banks or “an association of FDIC-insured financial institutions” including New York Community Bank (NYCB), NBH Bank, FirstBank, Sterling National Bank, and Synovus Bank is set to launch a “bank-minted” stablecoin with the ticker USDF.

According to a press release published on Wednesday 12th of January, the coalition of banks is aiming to “build a network of banks to further the adoption and interoperability of a bank-minted stablecoin, which will facilitate the compliant transfer of value on the blockchain, removing friction in the financial system and unlocking the financial opportunities that blockchain and digital transactions can provide to a greater network of users.”

A bank-minted alternative to non-bank-issued stablecoins, USDF will be minted exclusively by U.S. banks and will be redeemable on a 1:1 basis for cash from a member bank. As per the press release, USDF “addresses the consumer protection and regulatory concerns of non-bank issued stablecoins and offers a more secure option for transacting on blockchain.”

* Readers beware of the HASH token ticker; there are several HASH tokens out there, that are NOT the Provenance Blockchain’s HASH token.

The press release further reads that “the availability of USDF on a public blockchain means that, in addition to peer-to-peer and business-to-business money transfers, banks and their customers will be able to use USDF for a wide range of applications, including capital call financing as well as invoice and supply chain finance.”

“The ease and immediacy of using USDF for on-chain transactions was demonstrated this fall when NYCB minted USDF used to settle securities trades executed on Figure’s alternative trading systems. We are tremendously excited that NYCB expects to be minting USDF on demand and on a regular basis in the coming weeks.”

If launched to the public, the USDF stablecoin will be poised to compete with established centralized stablecoins like Tether (USDT), Circle’s USDC and Paxos’ USDP. However, the USDF will have the added quality of being issued by FDIC-insured financial institutions, which USDT, USDC and USDP are not.

This latest stablecoin initiative adds weight to the camp pushing the argument that the U.S. should not develop a federal Central Bank Digital Currency (CBDC) á la China, instead of letting the private market provide a solution.

At the time of writing, CryptoSlate was not able to conclude any decentralized properties of the Provenance Blockchain or the intended USDF token. Judging by the Provenance Blockchain documentation, the blockchain is public, wallets support self-custody of tokens and it seems as if anyone can install and run a network node. It is not clear yet, however, if the issuing banks will be able to blacklist or cancel issued tokens, as is the case with the current centralized stablecoin tokens.