Federal Reserve Chair Jerome Powell signals that stablecoins will not be banned outright. 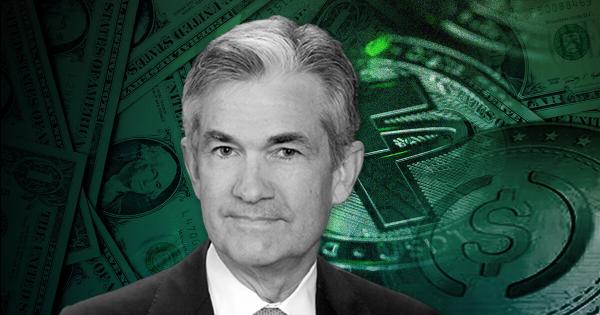 In a Senate Banking Commitee press conference this past Wednesday, Federal Reserve Chair Jerome Powell clarified in response to a question on whether a potential Fed CBDC would preclude the existence of privately-issued stablecoins, to which Powell responded “No, not at all.”

Letting stablecoins coexist and compete against a Fed digital dollar has big implications. It would mean that the latter, when it arrives, would lose the monopolistic advantages that government-issued fiat typically have in the economy.

Insofar as investors prefer to use a private stablecoin over the Fed’s CBDC, this would greatly undermine many traditional monetary policy operations that central banks make use of to manipulate the money supply, control inflation, and modulate economic growth.

This also seems to marks a surprisingly softened regulatory stance against privately-issued stablecoins from back in July 2021, where Powell went as far as to say that investors “… wouldn’t need stablecoins; you wouldn’t need cryptocurrencies if you had a digital U.S. currency.”

The Fed is expected to release a much-anticipated report on cryptocurrencies in the coming weeks, providing clarity around an impending CBDC.

Why stablecoins are gaining attention

Stablecoins are a vital aspect of crypto. They serve the purpose of a stable-valued currency that investors use as a “resting point” to buy and sell typically volatile cryptocurrencies, without having to transfer funds into and out of financial institutions that may take days.

Its market size has also made it an increasingly hot topic in finance. As of January 2022, Coinmarketcap lists at least a total of 56 active stablecoins across fiat-backed, crypto-backed and algorithmic types.

The lion’s share of stablecoins however, are fiat-backed stablecoins such as Tether’s USDT, Coinbase’s USDC and Binance’s BUSD, that make up a combined market capitalization of $137 billion. These are also the same stablecoins that regulators have set their sights on due to the decentralized and out-of-reach nature of crypto-backed and algorithmic coins that are run by typically anonymous DeFi developers.

The increase in regulatory scrutiny on stablecoins tends to stem from concerns surrounding its unsecured backing, as a popular Bloomberg column captures. In theory, stablecoins like USDT are backed 1:1 by a US dollar equivalent. In practice however, Tether’s backings are invested across a variety of financial assets, opening questions to the soundness of its asset backing.

In a November report by the US treasury, regulators have signaled a clear intent to bring stablecoins under the regulatory regime of the traditional financial system.