Congressman calls for a bill to outlaw cryptocurrency in the US

Brad Sherman, a California Democrat, called for members of Congress to join him in introducing a bill to outlaw cryptocurrency purchases by Americans. 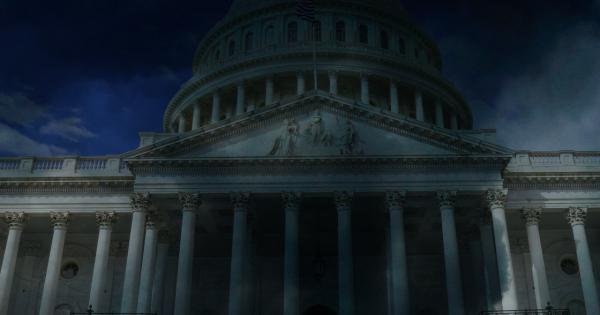 Brad Sherman, a California Democrat, called for members of Congress to join him in introducing a bill to outlaw cryptocurrency purchases by Americans.

The world-wide use of the U.S. dollar strengthens the U.S. economy and allows us to sanction rogue nations. Those desperate to weaken the U.S. pray for a crypto-alternative to the U.S. dollar. 3/3

During the May 9th Committee on Financial Services, Sherman claimed that cryptocurrency is supplanting the US dollar in the financial system when it comes to conducting illicit activity:

“I’ll point out though that as we deal with illicit finance focusing on our banking system and our currency, cryptocurrency is moving in to fill the role…[there are detailed instructions on] how it’s secure and secret [and] how it can meet your needs if you’re a tax evader or a drug dealer or a terrorist.”

Bitcoin’s association with illegal activity is understandable. The technology gained much of its initial traction by servicing the underground community. Its use in facilitating transactions on the Silk Road to purchase drugs and other illegal services was both a factor in the technology’s adoption and its lingering reputation that it is only useful for illegal purposes.

However, outside of Bitcoin, there are hundreds of cryptocurrencies which are attempting to solve useful real-world problems.

“I would regard cryptocurrencies as the plastic gun of currency. That is to say, it can be used for a legitimate purpose,” said Sherman. “You can shoot a deer with a plastic gun but the fact is the advantage it has over traditional mechanisms is singularly a benefit for those who wish to commit crime.”

Although many in the community have responded that Sherman is grossly overlooking the useful applications of cryptocurrency, the technology’s utility in facilitating illegal activity shouldn’t be understated, either.

Bitcoin has spurred a renaissance in hacking as hackers can now steal assets, with little recourse, that is easily convertible into domestic fiat. The coin’s applications in ransomware and kidnappings are hard to shake off.

Now, privacy coins like Monero and Zcash have even improved upon Bitcoin’s anonymity shortcomings. With privacy coins, it is easier than ever to launder money and purchase drugs. At the same time, these technologies have also ushered in a new era of personal privacy, decentralized governance, and non-intrusive finance.

Sherman goes on to describe how much of the United States’ international influence stems from the dollar, and how cryptocurrency jeopardizes fiat in that capacity:

“An awful lot of our international power comes from the fact that the dollar is the standard unit of international finance and transactions,” said Sherman at the Committee on Financial Services. Clearing through the New York Fed is critical for major oil and other transactions and it is the announced purpose of the supporters of cryptocurrency to take that power away from us to put us in a position where the most significant sanctions we have on Iran, for example, would become irrelevant.”

Congressman Sherman is referencing the role of the petrodollar in US foreign affairs. After the collapse of the gold standard in the 1970s, the US standardized oils prices in terms of dollars—giving rise to the “petrodollar” system.

The petrodollar elevated the USD to its status as the world’s reserve currency. Through that status, the US is able to influence the world’s financial markets and exert power over other countries.

For example, the US can use its power over the global financial markets to suffocate a nation through trade sanctions, barring it from transacting with most of the world—like in the case with Iran.

However, Iranian criminals, and potentially the Iranian government, have been able to use Bitcoin to circumvent these sanctions. This is a security risk for the US government that may attract the attention of regulators towards crypto.

In his speech against cryptocurrency, Sherman concludes:

“Whether it is to disempower our foreign policy, our tax collection enforcement, or our traditional law enforcement the purposes of cryptocurrency… the advantages it has over sovereign currency is solely to aid in the disempowerment of the United States and the rule of law.”

The fact that Congresspeople are now seriously considering cryptocurrency a threat to the financial system and the rule of law is a testament to its traction and utility, both among criminals and honest users. According to Sherman, cryptocurrency has the potential to “disempower” the United States and the US dollar, and that’s both exciting and terrifying.

Ironically, just one year ago, in March of 2018, Rep. Sherman was educated by Peter Van Valkenburgh, Director of Research at Coin Center, about the benefits of cryptocurrency for those in developing nations.

Watch @valkenburgh try to explain how cryptocurrencies can fill in the gaps for those who are not lucky enough to have access a robust financial system pic.twitter.com/8AZlTNOWv5