Coinbase, one of the largest cryptocurrency exchanges in the United States, is reportedly exploring plans to set up its own insurance company. 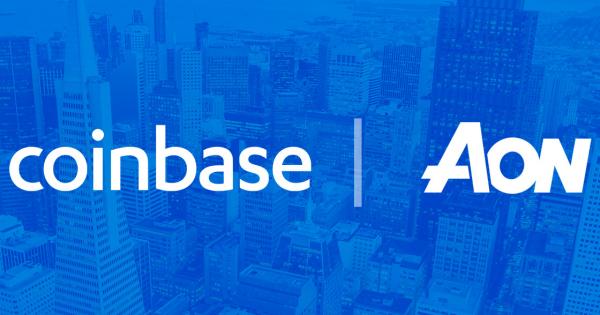 Coinbase, one of the largest cryptocurrency exchanges in the U.S., is reportedly exploring plans to set up its own insurance company. Sources close to the matter revealed that the company was seeking the help of Aon, a London-based insurance broker giant, to fight the lack of insurance options available to crypto exchanges.

According to sources familiar with the matter, Coinbase has been actively discussing the possibility of launching its own regulated insurance company. The exchange has reportedly also reached out to Aon, one of the largest insurance brokers in Europe, to help it establish an insurance subsidiary.

The two companies have a history together—back in April, Aon provided a $255 million coverage for Coinbase’s hot wallets.

And while “self-insurance” is common in the crypto industry, Coinbase wants to take this a step further and establish a “captive” insurance subsidiary. A captive subsidiary separates the insurance funds from the rest of the company’s balance and creates a formal, regulated structure. That vehicle can then be audited and used by the company to obtain additional coverage from the reinsurance market.

While neither Coinbase nor Aon officially commented on the matter, Aon said that it had established the industry’s first “crypto captive” earlier this year. The broker also added that there are currently a number of crypto clients that are actively considering the captive option.

Are captives the new trend for crypto insurance?

The incredibly high pricing the commercial insurance market has set for crypto companies has pushed many of them to resort to self-insurance. However, a self-insured company accepts responsibility for funding any loss it may experience, which is, again, a price not many are able to pay.

Captives offer a much more formal and regulated approach, which many believe is tailor-made for the needs of the burgeoning crypto industry. Josh Goodbody, head of Europe and the Americas, Huobi global sales and institutional business, called Coinbase’s initiative “extremely interesting and super positive for the market.”

Some companies, most notably Nexus Mutual and Etherisc, have even suggested pooling together groups of crypto disaster funds into a collective system of reinsurance. While interesting at first, the plan received heavy criticism saying it would be almost impossible.

But, not everyone saw Coinbase’s insurance plan as such a huge step forward for the industry. Jesse Powell, the CEO of Kraken and an outspoken critic of insurance offered to crypto companies, sid that he couldn’t see the benefit of setting up a segregated captive insurance company.

“I just feel like it’s moving money between pockets of the same entity, and I don’t really see how this actually helps the consumer have more protection. It’s all the same basket of money anyway,” he explained.

He also added that it was unclear how Coinbase’s insurance fund would be audited as it doesn’t fit the same category as a third party insurance provider.

We are yet to see whether the exchange’s partnership with Aon bears any fruit, but what we can say for sure is that the topic of crypto insurance has already started to gain serious traction.