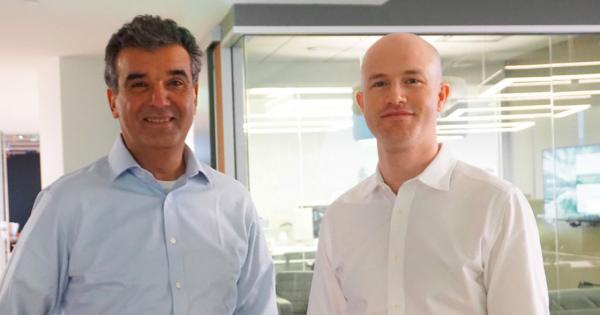 Hirji’s departure is the latest in a string of executive-level officers to leave Coinbase in 2019. He follows hot on the heels of chief technology officer Balaji Srinivasan, who left at the start of the month, and former head of institutions Dan Romero.

Hirji and Coinbase linked up after he left venture capital firm Andreessen Horowitz in 2017 after working with exclusive clients as an operating adviser.

@coinbase tour of duty over. Scaled to over $1b in revenue; launched new assets, countries, and products; achieved $8b valuation; and built out team. Company in far better place and ready for next chapter. Cheering on @brian_armstrong and the rest of the team.

In a tweet, Hirji touts his achievements of scaling the business to over $1 billion in revenue, launching Coinbase in new markets and helping it achieve a valuation of $8 billion, and “cheering” on CEO Brian Armstrong, and the rest of the team.

It looks as though he will be sadly missed by former colleagues, with many tweeting their best wishes to him.

Thank you Asiff for everything!

Learned a lot from you. So grateful for your contributions; they've created a ton of value for Coinbase.

Thanks for everything @AsiffHirji – it was a great ride and appreciate everything you've done for the company ?

The continued departures are a notable shift for the exchange, which in 2018 trebled staff numbers to around 800, but it’s a sign that despite a positive shift in market sentiment the bear market still has teeth, with companies streamlining their operations in order to save money.

Last month the company let 30 engineers go as it shut down its Chicago office after just 11 months as it admitted defeat in its attempt to build a high-speed, institutional-grade “matching engine”–a system that brings together buy and sell orders.

Coinbase has struggled to remain relevant in the face of major competitors like Binance, which has launched a decentralized exchange and set up a number of fiat to crypto platforms to compete directly with it, including Binance Jersey and Binance Singapore.

It has also faced continued opposition to its centralized operations and decisions to list some relatively unknown tokens for trading, all of which stoked the #DeleteCoinbase movement on Twitter following the controversy around acquired surveillance firm Neutrino.

The departure of key C-level executives raises questions as to whether there is turmoil inside the company or if it is merely part of the maturation process for the billion-dollar exchange.