Vitalik Buterin asserted that finance is likely the first sector that will be disrupted by blockchain. 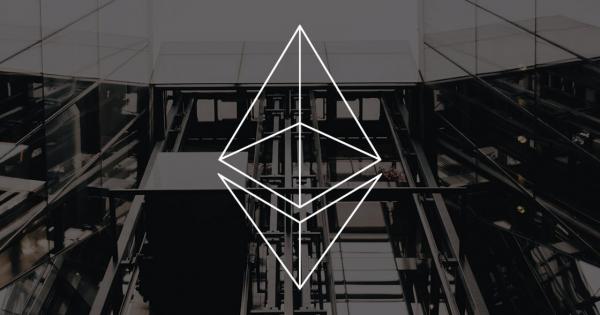 Vitalik Buterin asserted that finance is likely the first sector that will be disrupted by blockchain. The advent of decentralized finance (DeFi)—with projects such as MakerDAO, Augur, Uniswap, and Etherisc—has the potential to disrupt the “insanely inefficient” sector.

Vitalik Buterin said while delivering a talk at ETHCapeTown 2019:

“If you compare it to existing technology outside of blockchain, finance is the sector that’s the most terrible. In many countries, even really developed ones like the United States, you’d be surprised how insanely inefficient it is to move money between accounts and once you start talking about international payments then it gets even worse.”

Buterin suggests that less regulated sectors outside of finance are already employing technology effectively. Companies such as Amazon, Airbnb, and Facebook have built entrenched applications whose user experiences, some would say, border on addictive, making it difficult for blockchain-based applications to compete in those niches. As elaborated upon by Buterin:

“Anywhere outside of payments people are already used to being able to spin up whatever you want in one click so the bar that anything decentralized [and] blockchain has to compete with, just purely usability wise, is higher.”

Now, according to Vitalik Buterin, because blockchain technology is rapidly improving decentralized finance applications can “really start taking off.”

Some of the applications Buterin mentioned include MakerDAO, a platform for getting ETH collateralized loans in exchange for Dai stablecoins; Augur, a decentralized prediction market using Reputation and group consensus; and Uniswap, a protocol for automated token exchanges for swapping ERC20s.

However, Vitalik Buterin did temper his statements with reservations that the above are “pure applications” of stuff that only tends to happen in the crypto space. There’s “not too much connection to things outside of blockchain” for those applications.

That said, Buterin did mention there are some applications and projects that are beginning to bridge the worlds of DeFi and traditional finance. One of those applications is decentralized parametric insurance.

Traditionally, insurance is managed by massive conglomerates which require large amounts of overhead and incur large administrative costs. Furthermore, by nature of needing to churn a profit, insurance companies pay out less than the average user stands to gain from an insurance premium.

Decentralized insurance products such as Etherisc, HurricaneGuard, Nexus Mutual, and Dynamis may be able to mitigate many of these costs.

Decentralized systems have the potential to reduce the overhead required for administering payouts while avoiding some of the regulatory burdens because of the decentralized nature of their products. Consequently, it may be possible in the near future to create usable insurance products, built with smart contracts, that payout more and cost less.

These platforms tend to operate by users locking up cryptocurrency (or stablecoins) to a pool. Then, if a binary event happens as determined by an oracle (a source of data linked to a blockchain that verifies real-world occurrences) then the pool pays out to the affected users. No centralized intermediaries, administrative overhead, or large fees are necessary for the system to operate effectively.

Another way Vitalik Buterin sees DeFi evolving is the need for collateral. Although he’s “not sure” if things can evolve past collateral-based systems, by leveraging identity and reputation it may be possible to build effective credit systems on the blockchain.

“[If we] have an ecosystem of identities which have the ability to make claims about each other that’s something you can definitely leverage for reputation and credit and all those other things.”

Another potential solution Buterin proposes is rotating savings and credit associations popular in West Africa and the Carribean. In such an arrangement, a group of people who trust each other pay a fixed contribution each period and that is then distributed to a single member of the group. The recipient changes each period in a rotating fashion so all members are eventually recipients—effectively serving as a loan for earlier recipients and savings accounts for late recipients.

If such a system was incorporated into a blockchain scheme it might be possible to reduce the amount of collateral needed, Buterin suggests.

As proclaimed by Ethereum co-founder Joe Lubin’s company, ConsenSys, there are over 100 projects pioneering decentralized finance:

“Decentralized finance has grown into one of the most active sectors of blockchain in 2019, and Ethereum projects in particular have raced to the front in establishing an ecosystem with global network effects and interoperability.”

Like the ICO craze of 2017 that Ethereum facilitated with its ERC20 token standard, perhaps decentralized finance is the next “killer” application that will push ETH to the forefront.