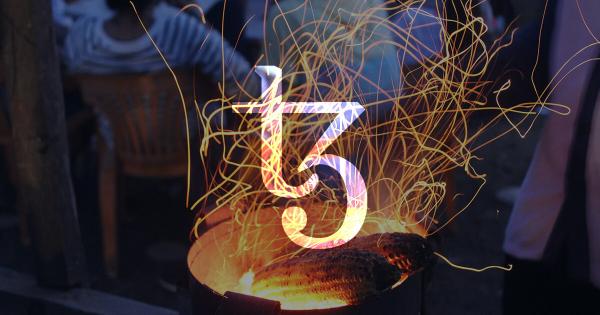 The news instantly sent XTZ’s price surging, which may partially stem from the fact that the addition of network participants via Coinbase’s new pool staking feature may enhance the network activity and decentralization of the popular Proof of Stake (PoS) protocol.

In a blog post released this afternoon, Coinbase announced that they would be adding staking functionality to their platform so that users can earn regular rewards by staking their XTZ tokens within the exchange.

By doing so, Coinbase claims that users can expect to receive a return of roughly 5 percent over a 90-day period that will be distributed directly to user’s accounts in tranches every three days after undergoing an initial holding period of 35-40 days.

Concurrently with this announcement, Coinbase also launched an Earn campaign for Tezos, which allows users to receive up to $6 worth of XTZ for completing some educational courses and quizzes about the PoS protocol.

At the time of writing, Tezos is trading up over 11 percent at its current price of $1.03, which marks a notable surge from its recent lows of $0.852 that were set earlier this week.

While zooming out and looking at XTZ’s one-month price action, it grows clear that this news is a bullish catalyst that may lead to further gains, as the crypto is currently trading at a fresh monthly high.

It remains unclear as to whether or not the hype surrounding this latest development hill propel XTZ higher or if the gains will be fleeting, but it is certain that the amount of new staking participants brought through Coinbase will certainly improve the network’s health and decentralization.