Chainlink’s competitor, BAND Protocol, is up 100% in the past week Nick Chong · 2 years ago · 2 min read
News › Chainlink › Analysis

Chainlink (LINK) has been on an absolute tear over the past few weeks and months. 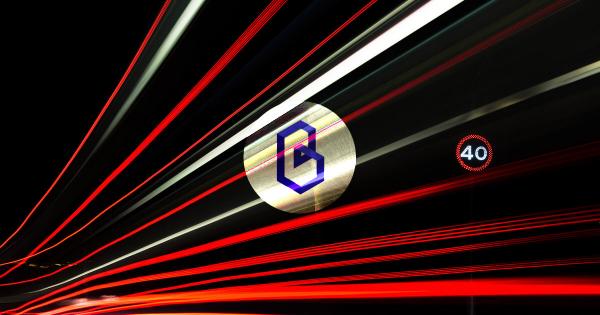 Photo by PAUL SMITH on Unsplash

Chainlink (LINK) has been on an absolute tear over the past few weeks and months.

As CryptoSlate has covered extensively, the popular cryptocurrency set a new all-time high just this past weekend, passing $8 for the first time ever as CryptoSlate data shows. This is a price that is over 500 percent higher than the March capitulation lows.

Unbeknownst to many, one of Chainlink’s main competitors in the oracle space, Band Protocol (BAND), has also been rallying.

Chainlink’s competitor in the oracle space, Band, is up 100% as LINK has surged

Chainlink and Band offer what are known as “oracles” to the crypto and blockchain space.

Oracles are technologies that connect real-world data, such as a Bloomberg price feed for a company’s stock, to blockchains and their respective smart contracts.

Chainlink is by far the leader in the space. It is being integrated into a state-sponsored blockchain network in China called the Blockchain Service Network and it the project has secured partnerships with countless crypto giants. Heck, even an ex-NBA player, who is also a former husband of Kim Kardashian, mentioned the asset.

But the project’s lead has not been unmatched.

In the past week, the price of Band Protocol’s BAND token is up by approximately 100 percent.

Like LINK, it is seemingly benefiting from the crypto industry’s realization that for smart contracts to go mainstream, data from the Internet needs to be reliably integrated into blockchains.

BAND, which is backed by Silicon Valley giant Sequoia, may also be benefiting from its offering of staking. Users that stake the cryptocurrency can earn 17 percent per year on their holdings.

This is because staking incentives investors to purchase the cryptocurrency, then lock it up to earn rewards, decreasing potential sell pressure.

Kelvin Koh, a partner at the Spartan Group and a former Goldman Sachs partner, said that the asset may have room to rally.

0/ The first phase of $BAND’s re-rating culminated in its mainnet launch lifting its circ. market cap to $40M (FD $200M).

The next phase of $BAND’s re-rating has started and will focus primarily on partnership announcements in the coming 6-12 months. https://t.co/7h2TeZIppL

He explained that since launching its own mainnet, the Band Protocol has announced two key partnerships.

The partnerships are with Math Wallet, a crypto wallet with a “large userbase in China” and with Waves Protocol. The latter partnership will see the duo focus on decentralized finance, gaming, and DAOs.

BAND’s new collaborators, along with others likely soon to come, will potentially boost the crypto asset, Koh speculated:

“This will drive the next phase of re-rating. Even assuming its market cap doubles from here to $100M (FD mkt cap ~$0.5B), its valuation will only be at 4-6% of Chainlink’s current valuation, implying room for significant upside.”

The investor concluded that with DeFi going mainstream, oracle services, whether they’re offered through Chainlink, Band, or another platform, have an opportunity set that “couldn’t be more promising.”