Veterans will say it’s the same story in a different dress. 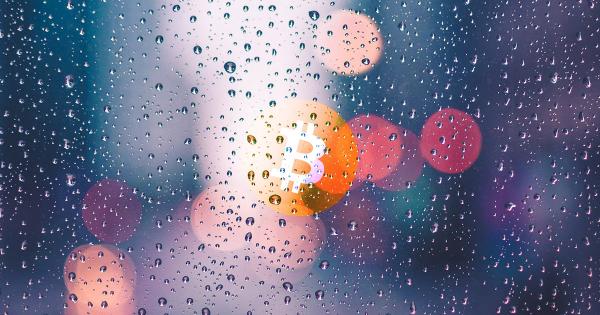 Veterans will say it’s the same story in a different dress. Bitcoin has, historically, been met by regulatory “FUD” or the prospects of a ban whenever the asset’s prices go parabolic. This was last seen in 2017 when China said it would “ban Bitcoin,” causing a near 30% drop in prices then.

A similar pattern has emerged this time, but with the US as the narrator. As per a Twitter thread today by Coinbase CEO Brian Amstrong, the US government is readying a plan to ban (or limit the use of) private Bitcoin and crypto wallets in the country — essentially blocking out the use of hardware wallets like Trezor and Ledger if passed.

The news, which Amstrong pointed out was still a rumor, caused a minor correction for Bitcoin (which has risen nearly 100% in recent months) as of press time.

Crypto wallet regulations on the cards

Armstrong said that Steven Mnuchin, the current US Secretary of the Treasury, might “rush out” a new regulation that bans the use of personal crypto wallets before the end of his term, which, in turn, could cause unforeseen negative effects in the crypto market moving forward.

Last week we heard rumors that the U.S. Treasury and Secretary Mnuchin were planning to rush out some new regulation regarding self-hosted crypto wallets before the end of his term. I'm concerned that this would have unintended side effects, and wanted to share those concerns.

For the uninitiated, “self-hosted” crypto wallets allow individuals to be their own bank in the truest sense, i.e. be responsible for holding their own funds and not be dependent on any third-party app or service. This also allows for anonymity — a core ethos of Bitcoin.

But new regulations could change that. “This proposed regulation would, we think, require financial institutions like Coinbase to verify the recipient/owner of the self-hosted wallet, collecting identifying information on that party before a withdrawal could be sent to that self-hosted wallet,” noted Armstrong.

“This sounds like a reasonable idea on the surface, but it is a bad idea in practice because it is often impractical to collect identifying information on a recipient in the crypto economy.”

Here’s how crypto users get affected

Armstrong explained that various use cases that involve crypto would be affected. These include:

“This additional friction would kill many of the emerging use cases for crypto. Crypto is not just money – it is digitizing every type of asset.”

Armstrong noted that heavily regulating a new industry would force users to seek workarounds, and even undermine the legacy of the US financial system.

This would be bad for America because it would force U.S. consumers to use foreign unregulated crypto companies to get access to these services. And long term, I believe this would put America's status as a financial hub at risk.

However, a simple way to avoid this, as per Armstrong, would be for the US government to embrace and allow the rise of the crypto market.

It’s a new day, a new fight for crypto.