Setting the groundwork for an explosive growth period, millennials are swiftly taking cryptocurrency- and blockchain-related courses, with over 42 percent of the top 50 universities offering “at least one” course about the two domains. 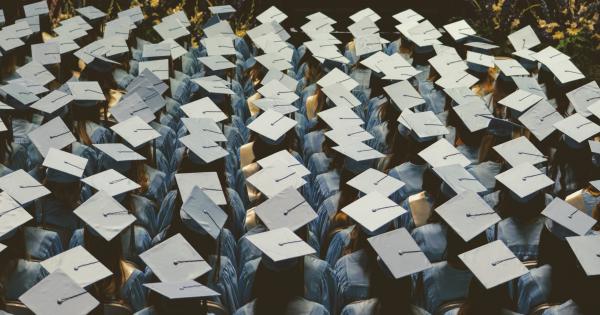 Setting the groundwork for an explosive growth period, millennials are swiftly taking cryptocurrency- and blockchain-related courses, with over 42 percent of the top 50 universities offering “at least one” course about the two domains.

According to the research, student demand for cryptography, cryptocurrencies, blockchain and digital economics is gaining momentum. The interest is primarily generated by better career prospects and an inclination toward newer technologies.

Coinbase and Qriously additionally questioned college professors and decision-makers on their thoughts on the rising asset class, recording positive responses across the board.

David Yermack of the NYU Stern School of Business told researchers the college had seen a significant uptick in interest in blockchain electives, which have increased from 35 students in 2014 to more than 230 students today due to industry demand for blockchain-based solutions for cryptocurrency-centric issues.

Yermack added that students would “greatly benefit” by studying the technology and predicts a “migration” of most financial data to blockchain firms.

A high-paying job market motivates most students in gaining relevant skills. Firms like PwC predict blockchain technology to be a $3 trillion industry by 2023, and such would arguably be built upon a strong academic foundation.

Apart from classes, universities are launching blockchain-focused research labs and training centers to support subject-specific knowledge. Stanford’s Center for Blockchain Research was launched earlier this year, for example, and the University of Waterloo, University of Illinois and Georgetown University are also preparing blockchain lab launches.

This development indicates the rise of cryptocurrencies and blockchain as a serious industry contender, rather than a money-making gimmick the myriad of ICO frauds portray the technology to be.

“Blockchain combines theory and practice and can lead to fundamental breakthroughs in many research areas. It can have really profound and broad-scale impacts on society in many different industries.”

Coinbase analyzed the coursework of the world’s top 50 universities, as ranked by the U.S. News and World Report.

U.S. schools emerged as the most proactive in offering cryptocurrency courses, commanding 27 percent of all global universities offering more than one blockchain course. Internationally, only the National University of Singapore and the Swiss Federal Institute of Technology provide more than one course.

Not Limited to Engineering

Campbell Harvey of Duke University, meanwhile, noted how the benefits of the intersection of blockchain and multiple industries, such as economics, finance and law, creates ambitious career prospects for students.

“If you’re graduating from law school it’s a tough market these days. However, the law students that are trained in the blockchain, they don’t need to apply anywhere. People are just asking them to join their firms.”

The research backs his sentiment, with 47 percent of social science students interested in learning about cryptocurrency compared to 34 percent of engineering students.

Of the responses, only 17 percent considered themselves to possess “very good” knowledge about blockchain and cryptocurrencies, with 18 percent stating they own or have owned digital tokens.

“You need to prepare your students for the future. Blockchain is not going away.”