Brendan Blumer, one of the executives behind EOS, criticized Bitcoin’s slow transaction times, low transactions per second, and high costs per transaction (when inflation is considered). 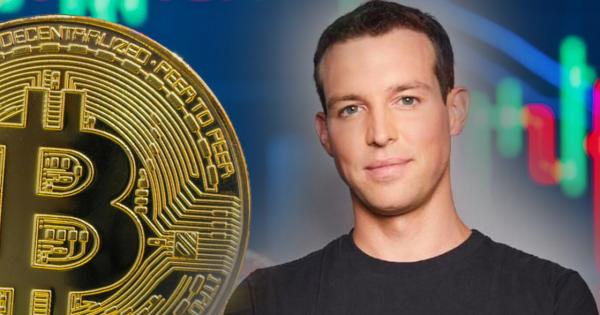 Brendan Blumer, one of the executives behind EOS, criticized Bitcoin’s slow transaction times, low transactions per second, and high costs per transaction (when inflation is considered).

Brendan Blumer, the 32-year-old CEO of Block.one—a Cayman Islands-registered firm that developed EOS, one of the largest platforms for building and deploying decentralized applications (dApps)—called Bitcoin “fundamentally transformative” in terms of how financial transactions between two parties will be processed in the world’s future economy, while at the same time scrutinizing it for its limitations.

According to Blumer, transacting in bitcoin is expensive if annual inflation from block rewards is considered. On average, the crypto entrepreneur estimated that users are paying an extra $50-$100 per transaction. Furthermore, he asserts the Bitcoin network is constrained because it can only process about 3 transactions per second (TPS). These factors represent “huge scaling limitations,” said Blumer.

In response to Blumer’s comments, which came last month during the 4th annual DC Blockchain Summit (held on Mar. 6th-7th, 2019), Twitter user vake (@vakeraj) emphasized the importance of having “technically knowledgeable interviewers.” The user also accused Blumer of “spewing lie after lie” in order to indirectly promote EOS, which vake considers to be a scam.

Let me say that this is why it's important to have technically knowledgeable interviewers. This moderator provided no pushback as Brendan spewed lie after lie in service of his scam, EOS.

The Chamber of Digital Commerce is a joke of an organization.

Optimized For Different Use Cases

Responding to the statements made by vake, Blumer clarified that he loves Bitcoin, however that’s not going to help it become “fast or cheap.” Notably, Blumer believes that in the long-term Bitcoin has what it takes to succeed in terms of achieving mass adoption:

I love #Bitcoin too, but that won’t make it fast or cheap

Bitcoin has everything it needs to succeed, and I think in time it will become the largest store of value in the world#EOS isn’t designed to compete with Bitcoin, it’s optimized for different use cases

He added that EOS was not designed to directly compete with Bitcoin as both cryptocurrency networks have been “optimized for different use cases.”

With Ethereum (ETH) retreating from all-time highs and settling between $100 and $150, some are suggesting the world’s second largest crypto is losing momentum. 3 min read

Since its launch, EOS has faced many challenges, including various security-related issues, several of which have resulted in EOS token holders losing large amounts of funds. 6 min read

Binance, the world’s largest cryptocurrency exchange by trading volume, is launching its own blockchain that will support the forthcoming decentralized exchange Binance DEX and host its native Binance Coin, the company announced in a Medium post on December 5, 2018. 2 min read

There is evidence that a small group of block producers (miners) control the entire EOS network. 7 min read