BlackRock exec says Bitcoin is here to stay as BTC blasts past $18.8k 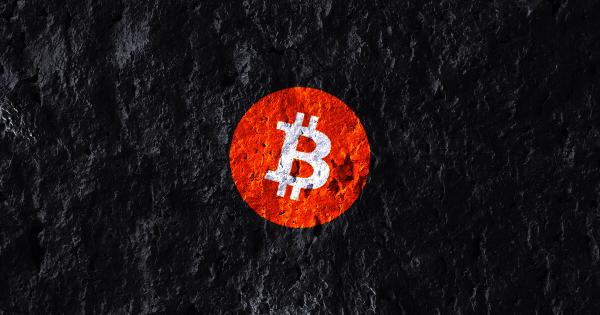 Photo by David Jorre on Unsplash

BlackRock’s CIO of fixed income Rick Rieder says Bitcoin is here to stay. On CNBC’s Market Alert, Rieder emphasized the receptivity of millennials to cryptocurrencies. Coincidentally, on Nov. 20, the price of BTC surpassed $18,800 for the first time since 2017.

Major financial institutions and executives in the traditional financial sector are seemingly opening up towards Bitcoin.

Albeit the impact institutions are directly having on Bitcoin remains unclear, the strengthening perception of BTC as a store of value is highly optimistic.

The price of Bitcoin is increasing rapidly as each major dip gets accumulated with large buyer demand.

Throughout the past several weeks, Bitcoin has seen significant selling pressure from whales, high-net-worth investors, and buyers.

Yet, every major drop that tagged short-term moving averages on the 4-hour and daily Bitcoin charts were bought up quickly. This showed that there is high buyer demand in the market.

Based on recent trends, the buyer demand for Bitcoin likely came from two main sources.

First, the exploding volume of the CME Bitcoin futures market and the rising assets under management of Grayscale show institutional demand is high.

Second, consistent stablecoin inflows into exchanges suggest that sidelined capital is moving back into the cryptocurrency market.

Atop the continuous inflow of sidelined and new institutional capital into Bitcoin, the sentiment around BTC is only increasing.

Rieder, the CIO of fixed income at BlackRock, which manages $7.43 trillion as of 2019, said on CNBC:

Rider’s comments come after JPMorgan and other investment banks drew comparisons between Bitcoin and gold.

What’s next for BTC?

It is difficult to price Bitcoin or arrive at a fair valuation for BTC. But, considering that more institutions are comparing BTC to gold, it would make sense to value BTC as a fraction of gold’s market capitalization.

Sam Bankman-Fried, the CEO at FTX and the head of Alameda Research, said:

“Honestly this has always seemed like one of the most bullish facts to me who the fuck knows what the ‘correct’ price of BTC is but, like, does it have more or less than 1% as much importance as gold?”

Currently, the market cap of gold is estimated to be around $10 trillion. The market cap of Bitcoin is less than 4% of gold, in spite of the recent rally. A strong argument can be made that, at least in the long term, BTC is still undervalued as a store of value and a safe-haven asset.

China state TV once again shills Bitcoin to millions upon rally to $18,000