Forever the cause of feverous speculation, the institutional opinion of Bitcoin seems to stand as the yardstick for price projection. 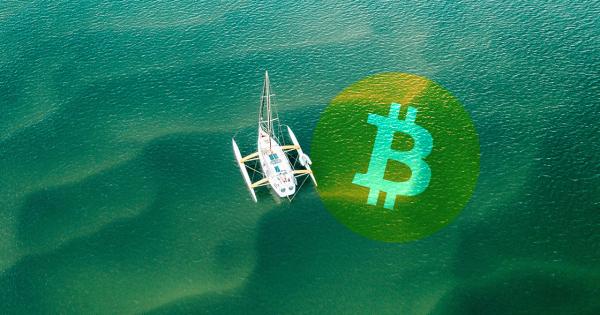 Photo by Josh Withers on Unsplash

Forever the cause of feverous speculation, the institutional opinion of Bitcoin seems to stand as the yardstick for price projection. For all of Wall Street’s supposed secrecy, however, a survey finds the prospective market-makers to be more bullish than their retail counterparts.

According to a newly published report by Fundstrat, a Wall Street research boutique, the bulk of institutions have called for a bottom in Bitcoin, and regard the largest cryptocurrency by market capitalization will stretch from $15,000 “to the moon” by the close of 2019.

Hey @PhilCrypto77 thanks for posting. I appreciate all those responded to the twitter survey. Here is the report: https://t.co/1XjunQnXvd https://t.co/MCNkUpJGre

The report is based on Fundstrat’s Sept. 30 survey amongst 25 unspecified institutions and 9,500 Twitter users, measuring and contrasting their answers from questions on a variety of sentiment-gauging topics.

Institutions saw greener days ahead on all accounts, with 54 percent believing Bitcoin has already hit its low of the year, compared with a minority 44 percent of Twitter respondents.

Perhaps shaken by one too many dystopian tweets, only 40 percent of Twittizens put Bitcoin above $15,000 at the end of 2019, where 57 percent of institutional players felt the figure was a bare minimum.

Yet if the musings of these 25 mysterious fatcats carry weight, those counting on a rocket-ride above and beyond the heights of 2017’s bull market may be waiting for some time.

Not one of the institutions saw Bitcoin reaching above $20,000 by the end of 2018 — and with a median projection of $8,000—it seems far from the $25,000 figure widely trumpeted by industry heavyweights such as Tim Draper, and counterintuitively, Fundstrat’s CEO Tom Lee.

For those looking to Wall Street as Bitcoin’s biggest benefactor, however, some of the report’s more nuanced findings would bode surprisingly well.

Institutions seemed to mirror the community-wide enthusiasm for Bakkt, citing the upcoming InterContinental Exchange-owned crypto ecosystem as a sign of “positive institutional adoption”, while unanimously agreeing that cryptocurrency prices would rise during a recession—invariably a stunning vindication for Bitcoin maximalists and outspoken market commentators such as Robert Kiyosaki.