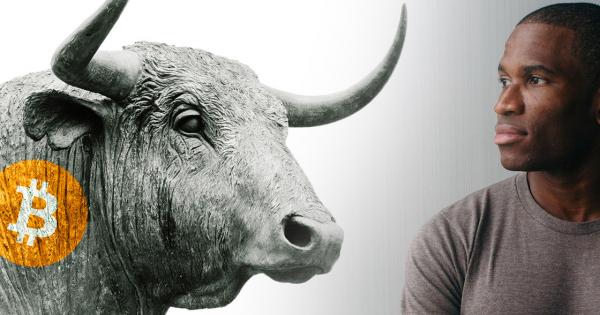 “The bull market is real. A momentary dip below $7,000, and a few days later we are back above $8,000 and the [June and September] contracts are in contango. Booyah!”

The optimism towards the price trend of bitcoin from Hayes follows a powerful recovery demonstrated by the dominant cryptocurrency in the past week in which the asset rebounded from $6,400 to $8,000 in less than three days.

As previously reported by CryptoSlate, triggered by the sell-off of 5,000 BTC on Bitstamp, many bitcoin contracts on BitMEX were liquidated on May 17, because of the heavy dependence of BitMEX’s feed on Bitstamp.

In a span of merely 72 hours, the market absorbed the unforeseen drop in the bitcoin price on Friday, leading to the strong recovery of bitcoin.

As the bitcon price surpassed the $8,000 mark once again, major crypto assets in the likes of Ethereum, Bitcoin Cash, XRP, Litecoin, and BNB recorded gains in the range of 10 to 20 percent against the U.S. dollar.

The immediate recovery of bitcoin from an unexpected 18 percent drop in less than three days indicates that the sentiment around the crypto market is currently highly positive and that investors may be overwhelming the bears.

As one cryptocurrency trader said:

“Hell of a bullish weekly close on bitcoin with near record-breaking volume, solidifying the strength and validity of this rally. BTC / USD is full of bulls.”

Industry executives including Barry Silbert have started to express optimism towards the current trend of crypto assets, stating that the recent rally of bitcoin is fundamentally different to that seen in late 2017.

While the 2017 bull run of the crypto market was triggered by booming retail interest, Digital Currency Group (DCG) CEO Barry Silbert stated that 2019 rally has been catalyzed by the noticeable improvement in institutionalization and the infrastructure supporting the asset class.

Silbert said on Bloomberg’s What’d You Miss This Week:

“Sentiment, the technicals look great. An 80 percent drawdown happened three or four times and every time that’s happened [it hit] record highs. So as soon as you get the price going back up, and animal instincts come back. But the difference between this increase in price versus the bubble in 2017 is the infrastructure is much different. You have custodians now. you have trading software, you have compliance software, people are educated about the asset class, so this time is different.”

Is Bitfinex’s raise of $1 billion helping?

Within one month after its billionaire stakeholder suggested the possibility of $1 billion to aid Bitfinex in resolving its relationship with Tether, the exchange’s CTO said that it completed the $1 billion raise.

Bitfinex sought to raise new capital after the Office of the New York Attorney General alleged the exchange of misusing more than $900 million of Tether’s cash reserves in an attempt to “cover-up” its $850 million loss.

A $1bn IEO raised in less than one month. Bull market is here, buckle-up buckaroos!! https://t.co/4DaZ0fNtXe

Hayes said that the $1 billion raise of Bitfinex via an IEO is also an indicator of the positive sentiment around the crypto market.